Talks with human resource employers of Japan held in Tokyo 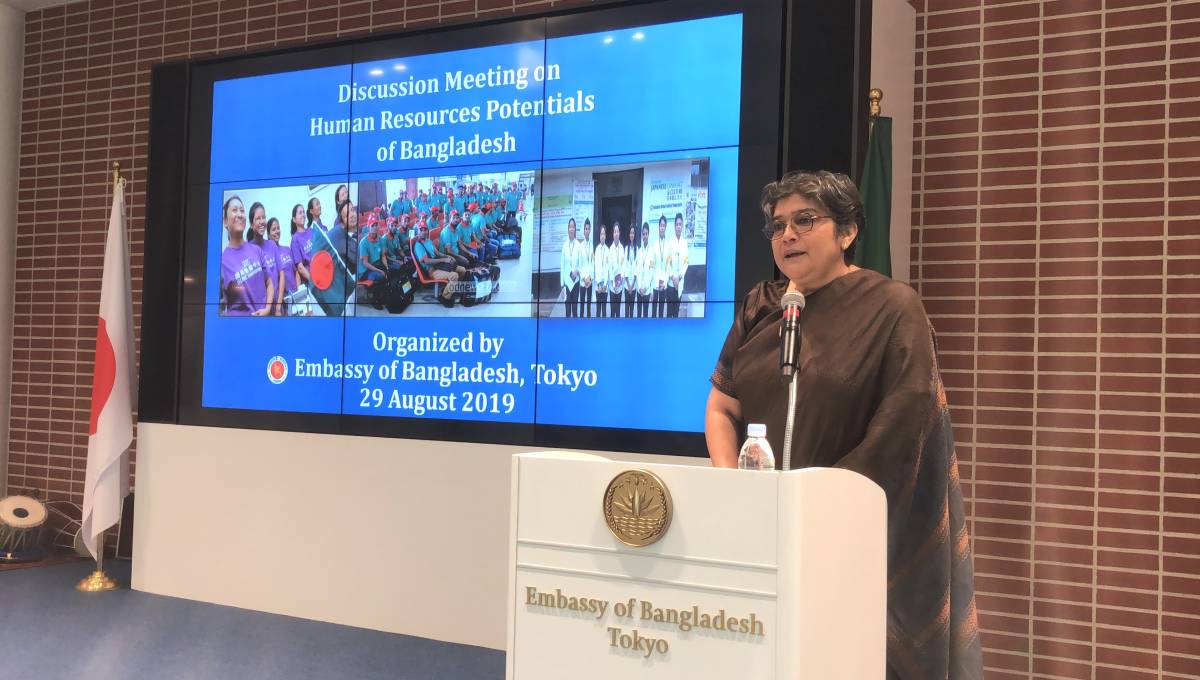 Dhaka, Aug 29 : Bangladesh Ambassador to Japan Rabab Fatima has said the Memorandum of Cooperation (MoC) signed recently with Tokyo on accepting and sending Bangladeshi ‘Specified Skilled Workers’ (SSW) to Japan was a significant outcome of PM Sheikh Hasina’s efforts during her Tokyo visit in May last.

“Signing the MoC which has opened a new horizon for Bangladesh’s labour market was like a dream comes true for us,” she said while delivering her speech at a meeting in Tokyo on Thursday.

The discussion meeting on ‘Human Resource Potentials of Bangladesh’ was organised by the Embassy of Bangladesh in Japan at the Bangabandhu auditorium to consult different stakeholders involved in recruiting and sending human resources from Bangladesh to Japan.

Ambassador Fatima presided over the meeting and moderated the discussion which was participated by many CEOs and representatives of sending, receiving, supporting and implementing organisations from Japan and Bangladesh.

Secretary of the Ministry of Expatriates’ Welfare and Overseas Employment (MoEW&OE) Rownaq Jahan was present.

As one of the major manpower-sending countries in the world, Bangladesh is taking necessary measures to ensure good governance in Human Resources Management and safe migration of workforce abroad, including Japan, she added.

She thanked the Ambassador and the officials concerned for their efforts in exploring and realising the potential of Japanese market.

The participants informed the audience that a separate operational guideline for sending organisations to send SSW to Japan had been prepared and the MoEW&OE was fully aware of to stop proxy-test taking, forgery, falsification of documents or other wrongful acts.

A presentation on the Human Resource of Bangladesh was also made.

2019-08-29
Mr. Admin
Previous: HPV vaccine can save you from Cervical cancer
Next: Minni finally gets conditional bail