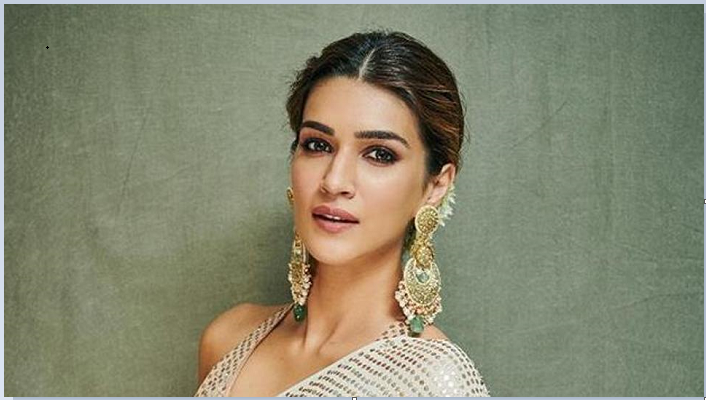 Actor Kriti Sanon has joined Luka Chhupi co-star Kartik Aaryan in his upcoming film Pati Patni Aur Woh, suggest reports. Kartik has recently shared a picture from the sets with a girl holding a clapboard in such a fashion that her face was hidden.
Kartik shared the picture and wrote on Instagram, “Aaj shoot karne ek special mehmaan aayi hain!! Guess who is here to play HideNSeek with #ChintuTyagi #PatiPatniAurWoh.”

The post received a response from Ananya Panday, who also stars in the film. “I wasn’t there on the set so u shot with someone else dildaar #Pati hai aap,” she wrote. Casting director Mukesh Chhabra also responded to the post and wrote, “Main bata do sab Ko ? @kartikaaryan.”Directed by Mudassar Aziz of Happy Bhaag Jaegi fame, the film is a remake of 1978 drama starring Sanjeev Kumar, Vidya Sinha and Ranjeeta Kaur. Kartik steps into the Sanjeev’s role while Bhumi Pednekar plays the wife, originally essayed by Vidya. Ananya has been roped in for Ranjeeta’s role in the new version of the film.

Commenting on the post, fans began speculating whether it is Kartik’s rumoured girlfriend Sara Ali Khan or Ananya. A Mumbai Mirror report claimed it was Kriti behind the clapboard and quoted a source as saying, “Kriti and Juno (Juno Chopra, producer of Pati Patni Aur Woh, who has also produced Kriti’s Bareilly Ki Barfi) share a great equation so when he approached her for a guest appearance in Pati Patni Aur Woh, she readily agreed.”

It also added that Kriti’s role in the remake is on the lines of Parveen Babi’s character from the original and Kriti shot for her portion for a day in Lucknow and headed back to Mumbai.