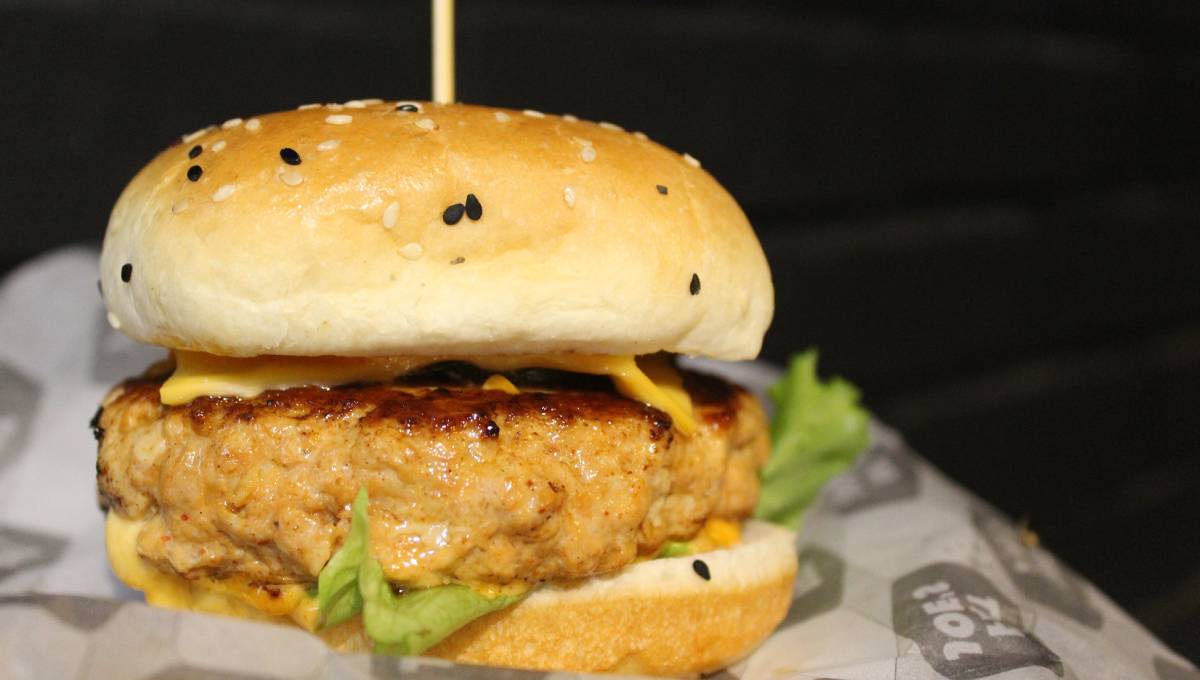 Dhaka, Sept 9 : With Uttara being the new hub for almost every restaurant and cafe to consider expanding to, the main restaurants there tend to get hidden. Fat Joe’s is one such burger (and pizza) joint that not many people are aware of.

To start off, if you are looking for a premium burger, this is not your place. This is just an upgraded version of the messy burgers you typically find at most restaurants these days. The location of Fat Joe’s is inside Heart World and the interior is quite simple if you ask me. Their menu consists of pizzas, burgers, sides, poutine, and wings.  We ordered the Molten Chic, Cruncheese, and Signature Pizza and for sides we had the Buffalo Wild Wings, and Onion Rings. Now began the waiting period, it took them quite a long time to serve however, once we received our orders, the portions seemed to be quite big.

My burger was the Cruncheese and I, being an anti-messy burger person, crave it till this date. The burger had a well-seasoned beef patty as well as a block of cheese, coated with breadcrumbs, and then deep fried. As soon as I took a bite, the cheese oozed out and soon I was devouring the entire thing. What really stands out in this burger is the use of green chili mixed sauce. The spiciness really helps in giving the milky texture of the mozzarella a kick.  The Molten Chic’s patty was really juicy. Despite being a thick chunk, they managed to not overcook the chicken. The other condiments in the burger though were not working with the chicken. The mayo was way too sweet to go with the chicken patty.

The Signature Pizza was something that still gives me nightmares. With a base as thick as a loaf of bread and meat which weren’t cooked well, the overall taste of the pizza was just disappointing. We took a bite only and left the rest of the pizza untouched. As for the sides, the onion rings were very basic. What I didn’t like is that the batter was not coated evenly leaving some onions exposed. The wings were way to vinegary. I’d prefer that they would deep fry the wings and then coat them in a sauce as they were soggy when we had them.

My overall experience with Fat Joe’s has been mostly bad. Other than the Cruncheese, I wouldn’t really recommend anyone to try that place out. You might as well spend a similar amount at Mad Chef or Khana’s in Uttara.