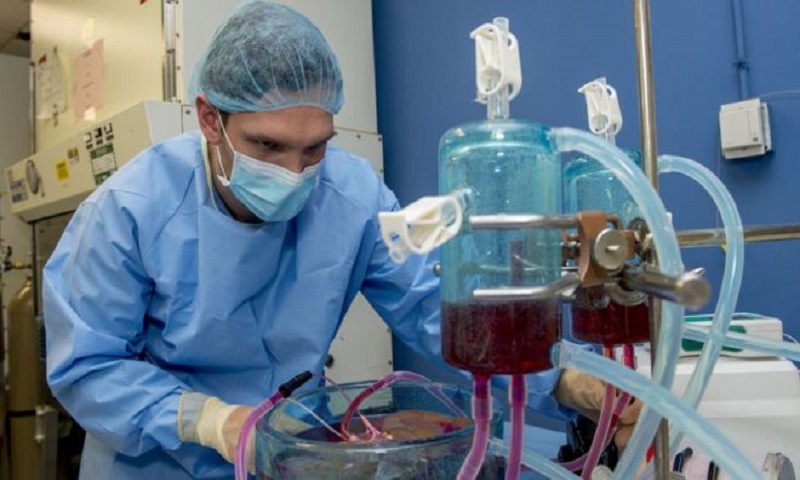 Supercooling human livers to -4C triples the time they can be kept before transplant compared with putting them on ice, US researchers say.
It slows the metabolic rate to prevent damage, Nature Biotechnology reports, reports BBC.It means organs can be kept viable for more than a day, which researchers say could revolutionise organ transplants.

The next step will be assessing how long supercooled organs function in large animals such as pigs, before moving to human clinical trials.

The team at Massachusetts General Hospital and Harvard Medical School pioneered the technology in rats five years ago.

The animal’s tiny livers were chilled while nutrients and oxygen were pumped through the organ’s blood vessels.

As organs get bigger there is a greater danger of ice crystals forming, which can rupture cells and kill tissue.‘Quite phenomenal’

The solution was to prepare the liver for supercooling by using protective agents that prevented freezing.

Experiments on discarded human livers showed they could be kept for 27 hours, rather than the typical nine hours when the organs are stored on ice.

The research team said the results were “quite phenomenal”.

The researchers could not experiment on organs that would have been suitable for transplant.

But they believe organs that started off healthier could be preserved much longer.

The longer an organ can survive outside the body, the greater the chances of getting it to a patient that needs it.

It also gives more time for tests to ensure the donor organ is a good match for the patient.

The NHS has already started using a “warm liver” approach to keeping the organs going for longer.

They are connected to a perfusion machine, which keeps the livers at body temperature and gives them the oxygen and nutrients they need.

The super-cooling technique builds on this approach.