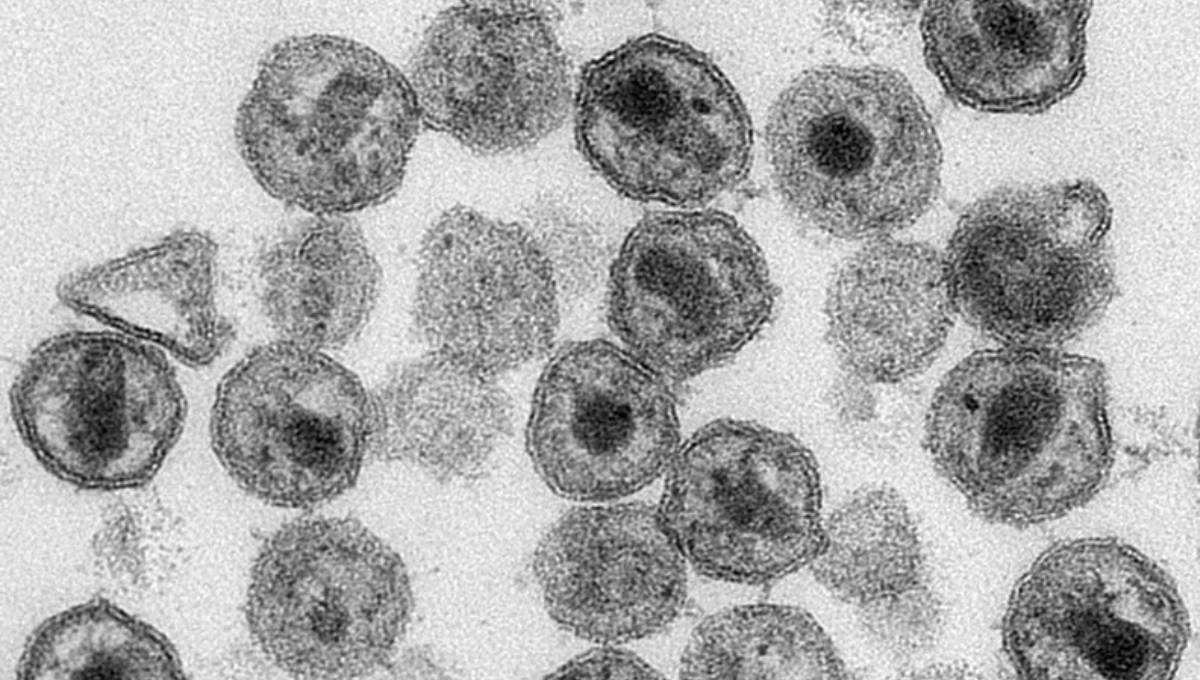 Photo: This 2011 electron microscope image made available by the Centers for Disease Control shows HIV virions. On Wednesday, Sept. 11, 2019, scientists are reporting the first use of the gene-editing tool CRISPR to try to cure a patient’s HIV infection by providing blood cells that have been altered to resist the AIDS virus.

New York, Sept 12 : Scientists are reporting the first use of the gene-editing tool CRISPR to try to cure a patient’s HIV infection by providing blood cells that were altered to resist the AIDS virus.

The gene-editing tool has long been used in research labs, and a Chinese scientist was scorned last year when he revealed he used it on embryos that led to the birth of twin girls. Editing embryos is considered too risky, partly because the DNA changes can pass to future generations.

Wednesday’s report in the New England Journal of Medicine, by different Chinese researchers, is the first published account of using CRISPR to treat a disease in an adult, where the DNA changes are confined to that person.

The attempt was successful in some ways but fell short of being an HIV cure.

Still, it shows that gene editing holds promise and seems precise and safe in this patient so far, said Dr. Carl June, a University of Pennsylvania genetics expert who wrote a commentary in the journal.

Chinese government grants paid for the research, which was done openly with advance notice on a scientific registry and standard informed consent procedures. Some of those steps were missing or questioned in last year’s embryo work.

“There are no ethical concerns on this one,” June said.

Gene editing permanently alters DNA, the code of life. CRISPR is a relatively new tool scientists can use to cut DNA at a specific spot.

The new case involves a 27-year-old man with HIV who needed a blood stem cell transplant to treat cancer. Previously, two other men were apparently cured of both diseases by transplants from donors with natural resistance to HIV because they have a gene mutation that prevents HIV from entering cells. Since donors like this are very rare, the Chinese scientists tried to create similar HIV resistance by “editing” that gene in blood cells in the lab to try to mimic the mutation.

The transplant put the man’s cancer in remission, and the cells that were altered to resist HIV are still working 19 months later. But they comprise only 5% to 8% of such blood cells, so they’re outnumbered by ones that can still be infected.

“They need to approach 90% or more, I think, to actually have a chance of curing HIV,” June said.

Scientists are testing various ways to make the gene editing more efficient, and “our results show the proof of principle” for this approach, one study leader, Hongkui Deng of Peking University in Beijing, wrote in an email.

One very encouraging result: multiple tests show that the editing did not have unintended effects on other genes.

“One of the concerns is that they could make a Frankenstein cell, that they would hit other genes instead of the intended target,” so it’s good that this did not happen, June said.

China appears to be moving fast on such research and may get treatments approved sooner than the United States, June said. He has financial ties to some gene therapy companies and is leading a different study testing CRISPR to fight cancer in the US Three patients have been treated so far and some results are expected by the end of this year.

Several other US studies have been trying to control HIV by altering patients’ own blood cells using a different gene editing tool called zinc finger nucleases. The first such test began a decade ago in the US.