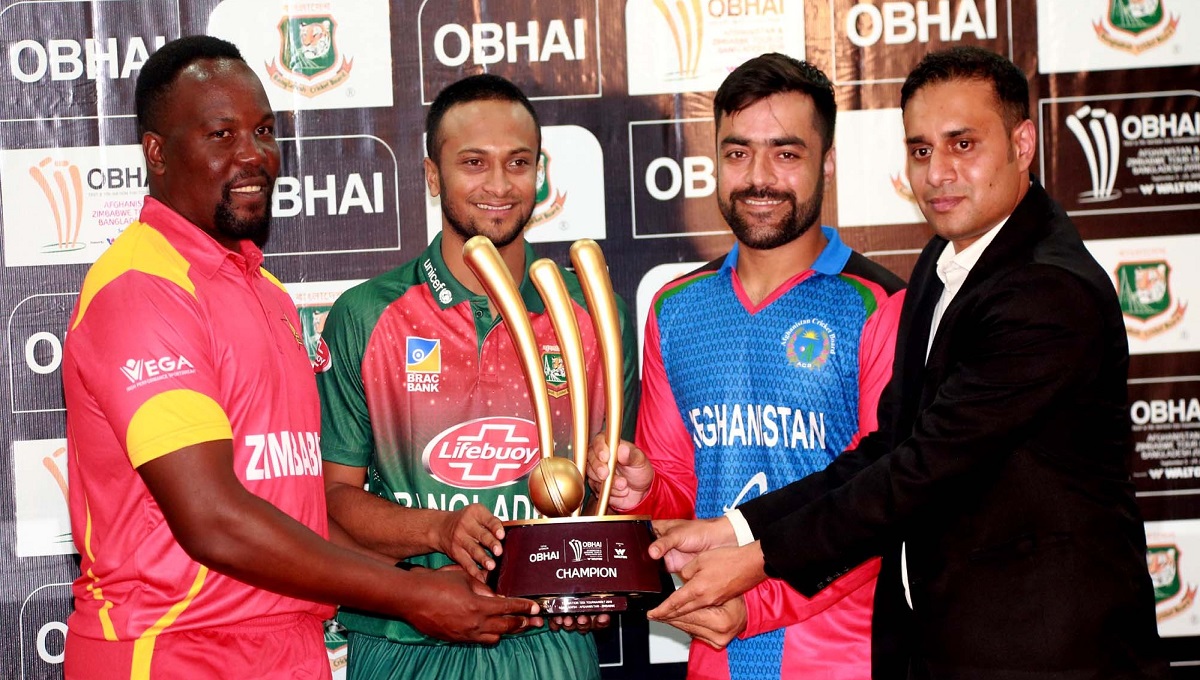 Dhaka, Sept 12 : After a long break of eight months, the white-ball cricket is finally set to take place in Bangladesh with the Tri-nation T20I series involving Bangladesh, Afghanistan and Zimbabwe.

The event will kick off with the match between hosts Bangladesh and touring Zimbabwe at Sher-e-Bangla National Cricket Stadium in Mirpur on Friday at 6:30pm.

This series is a good platform for the Tigers to step up from their Test debacle against Afghanistan where they lost by a big margin of 224 runs while Zimbabwe will also take to the field aiming a revamp.

In the recent past, Bangladesh went through a difficult time. They failed to deliver expected performance during the ICC World Cup 2019 in England and Wales where they finished at number eight out of 10 teams.

Right after the World Cup, Bangladesh toured Sri Lanka for a three-match ODI series but continued to disappoint as they lost all three matches without creating any resistance against the islanders.

So, the Tri-series came as a challenge for the hosts to return to the winning note.

Russell Domingo, the Head Coach of the Tigers, manifested the same during the pre-match press conference on Thursday.

“When it comes to white-ball cricket, Bangladesh can beat anybody on the particular day. We got some World-class performers in our side. Just look at the experience of the team,” he said.

In the 50-over World Cup, Bangladesh were the second-most experienced team. So, there’s no shortage of quality and no shortage of experiences on the particular side. I think if we play with our potential, it’ll be very hard to beat us,” Domingo told the media.

“We’ll go every single game to win. Particularly in T20 cricket, in any day, any team can beat any side. I can’t guarantee a win tomorrow (Friday), but what I can say we’ll give our best performance that’s for sure,” he added.

On the other hand, Zimbabwe captain Hamilton Masakadza also said they are upbeat to offer a strong fight in the Tri-series despite their recent downfall.

Zimbabwe are now banned from participating in any ICC event. But Masakadza said they are not bothered much about that. They are rather focused on doing well in the series.

“We’ve played a few numbers of T20Is here in Bangladesh and we’re confident to play a strong brand of cricket in the Tri-series, although the other two teams are also very good. We don’t think we’re far behind them at all,” Masakadza told the media.

“A lot of things happened off the field. As the cricketers, we should not keep our focus off the field. We just need to play our best cricket on the field and put on our best foot forward while representing our country in the international cricket,” Masakadza added.

Zimbabwe got the boost from the lone practice match that they played against BCB XI on Wednesday and registered an inspiring win. There were Mushfiuqr Rahim, Sabbir Rahman, Afif Hossain, Yasin Arafat Mishu in the BCB XI, but they failed to beat Zimbabwe.

“It’s good to have won the practice game. It’ll surely boost our confidence. But we’re aware of the fact that we’ll face a more challenging game tomorrow,” he further added.

Bangladesh and Zimbabwe faced each other in nine T20Is and Bangladesh came up victorious in five games. This stat is enough to prove that both teams are statistically equal as the opponents.

The trophy of the series was also unveiled on Thursday.