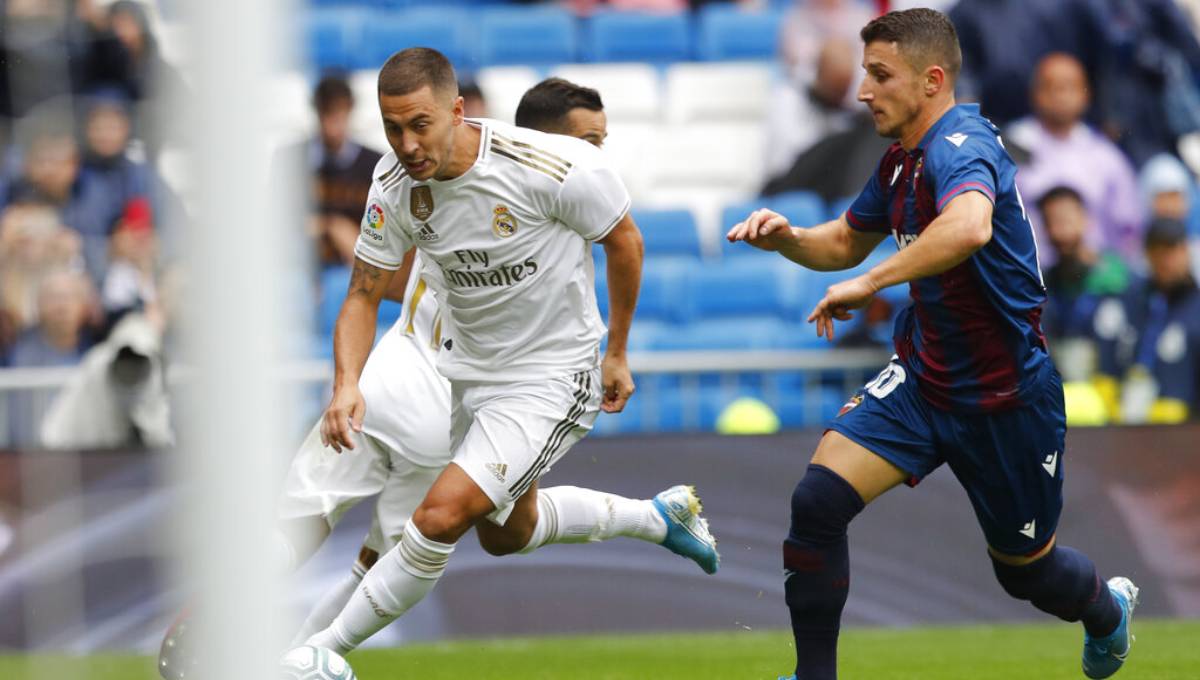 Madrid, Sep 14 : The wait was finally over for Eden Hazard, who made his Spanish league debut with Real Madrid in a 3-2 win over Levante on Saturday.

Karim Benzema scored twice and Casemiro added another goal as Madrid picked up its first win after two consecutive draws in the league, including against Valladolid in its first match of the season at the Santiago Bernabéu Stadium.

Hazard, Madrid’s top signing since it lost Cristiano Ronaldo to Juventus, had missed the first three games because of a thigh injury sustained the day before the opener. The Belgium star came off the bench in the second half, with Madrid 3-1 ahead.