AFC U-16 qualifiers: Bangladesh to play Bhutan on Friday 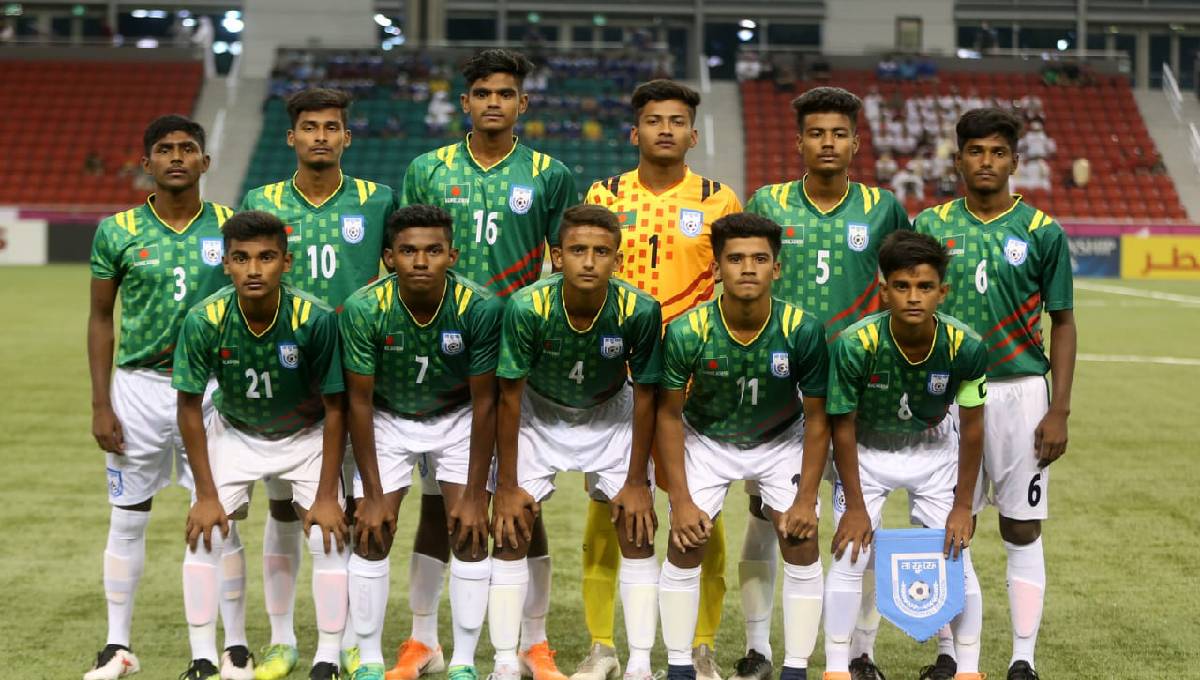 Dhaka, Sep 19 : Bangladesh Under-16 Football team will take on Bhutan in their second group match of the ongoing AFC U-16 Championship’2020 Qualifiers at Aspire Dome Indoor Stadium in Doha on Friday (Sept 20).

Bangladesh, which was put in Group E of the AFC junior meet along with Qatar, Yemen and Bhutan, will play Yemen in their remaining match on Sunday (Sept 22) at 7 pm (BdST) at the same venue.

Bangladesh started their campaign conceding a 0-2 goal defeat against hosts Qatar in their first match Thursday night in Doha.

After the barren first half, forwards Rashid Abdulaziz Al-Abdulla and Abdulrahman Al-Dosari scored one goal each for the hosts in the 58th and 89th minutes respectively.

In the day’s other match, Yemen was crushed Bhutan by 10-1 goal at the same venue.

2019-09-19
Enamul Haque Renu
Previous: Nicotine-free e-cigarettes can cause damage to your blood vessels
Next: Suicide bomb in southern Afghanistan, kills at least 20