No Neymar. No Kylian Mbappe. No problem 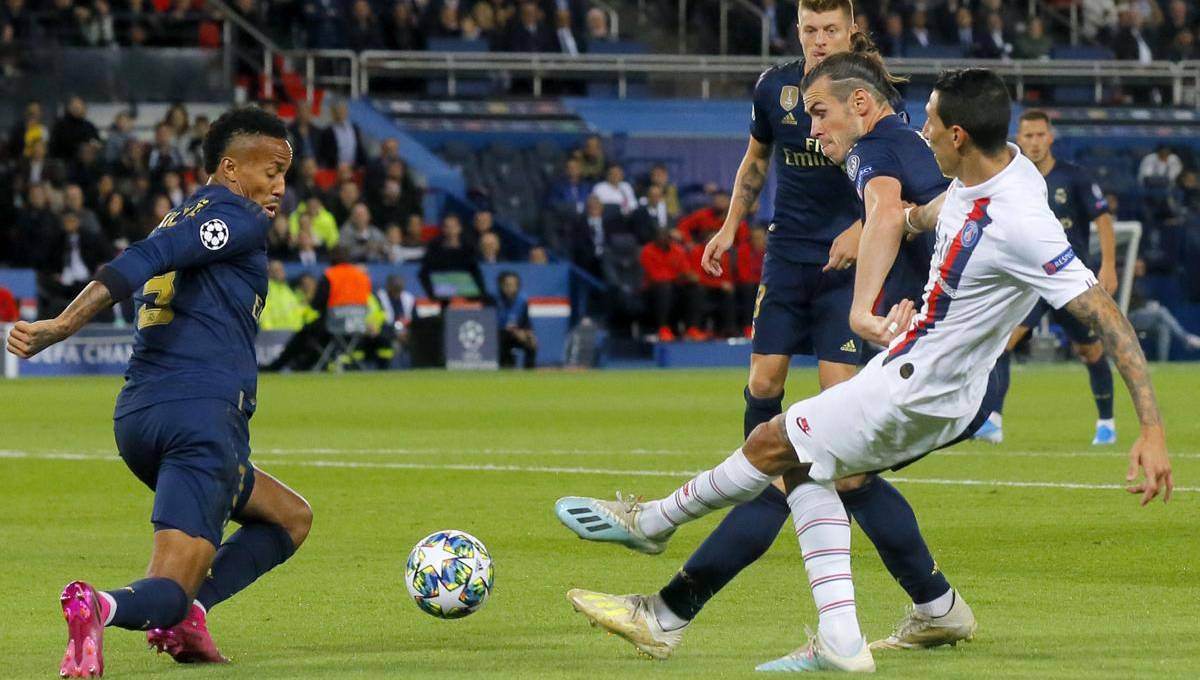 Paris, Sept 19 : With two first-half goals from Angel Di Maria and a rare late strike from right-back Thomas Meunier, a new-look Paris Saint-Germain missing its headline stars brushed aside a flat Real Madrid 3-0 in the Champions League to go top of Group A in an impressive start to its European campaign on Wednesday.

Di Maria, a Champions League winner with Madrid in 2014, was rampant against his former club, using phenomenal speed and clever placing to torment a Madrid defense sorely missing the suspended Sergio Ramos.

The Argentine’s first goal poked past Thibaut Courtois’ near post in the 14th minute was his 25th in 100 European matches.

Some of PSG’s new recruits were instrumental in the victory. Idrissa Gueye, bought from Everton, bossed the midfield.

Di Maria’s opener originated with Mauro Icardi, a late loan-signing from Inter Milan. He linked up smartly with left-back Juan Bernat, who then found Di Maria in space in the box with a swift cut-back pass.

Di Maria doubled the advantage when he struck again in the 33rd minute, found this time by Gueye.

Di Maria caressed a pinpoint shot with his left foot from long range past the outstretched Courtois and celebrated enthusiastically as Paris fans lit red flares.

Gareth Bale thought he’d got a goal back moments later with a sweet volley over former Madrid teammate Keylor Navas, bought by Paris to provide added assurance behind the suffocating PSG defense that snuffed out Madrid at the Parc des Princes.

But referee Anthony Taylor spotted on video replay that the Wales winger had touched the ball with his right arm as he juggled it from his left foot to his right one before shooting.

Meunier’s goal in second-half injury time was only his sixth in 48 European matches. Bernat’s pass set up the strike. Up in the posh seats, the suspended Neymar and Mbappe, recovering from injury, chuckled together at the sight of the full-backs combining to score. Madrid coach Zinedine Zidane scowled.

Zidane lamented the lack of urgency from his side that had zero shots on target other than Bale’s disallowed goal and another disallowed for offside in the second half.

“It was a weird sensation,” he said, speaking through a translator. “We hardly ever got into the match.”

Zidane refrained from singling out any player, saying “it’s everybody’s fault when we lose.”

But James Rodriguez, back from Bayern Munich, was particularly ineffective. And Eden Hazard, bought from Chelsea, looked ring-rusty as he makes his way back from injury. A trademark dribble in the PSG area in the second half ended with Hazard tripping over himself and landing on his backside.

Zidane replaced them both with 20 minutes to play.

PSG coach Thomas Tuchel, on the other hand, had no problem singling out Gueye for praise. He clicked with Marco Verratti and the deeper-lying Marquinhos in the PSG midfield that purred as if they’d played together for years.

“He’s a machine. He never stops, never stops running,” Tuchel said. “Against a team like Madrid, that is super-important.”

Tuchel suggested the absence of Neymar, Mbappe and PSG’s record scorer Edinson Cavani, also recovering from injury, may have been a help rather than a hindrance.

Without them, outside observers figured PSG was unlikely to win, and that eased pressure on Tuchel’s other players, the coach said.

When Neymar has served out the rest of his two-match ban, and Mbappe and Cavani are fit again, expectations will quickly rise in the wake of this humbling of Madrid that showed the strength in depth of PSG’s expensively assembled team.

But PSG knows from bitter experience how hard the road will become in the Champions League, having failed to get beyond the quarterfinals since the club’s wealthy Qatari owners took over in 2011.

Tuchel was eager to tamp down any buzz.

“If someone asks me if we are going to win the Champions League, I’m leaving,” he said.