Supreme Court to rule next week on UK parliament suspension 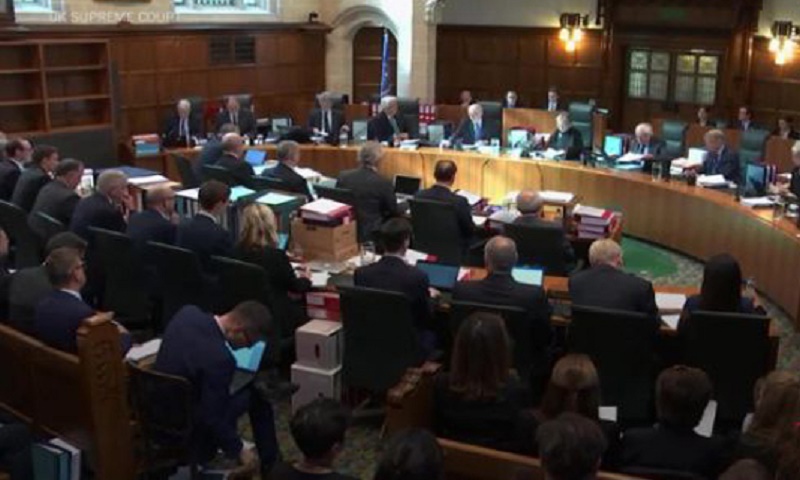 Britain’s Supreme Court announced Thursday it will rule next week on whether Prime Minister Boris Johnson acted unlawfully in shutting down parliament in the final weeks before Brexit, reports AFP.
Following three days of intense arguments as the Brexit battle switched to the highest court in the land, judges are set to decide on Johnson’s advice to Queen Elizabeth II to suspend parliament for five weeks to October 14.If the verdict goes against the premier, it could see parliament rapidly reassemble and would inevitably trigger questions about the prime minister’s position if he was found to have mislead the monarch.

Johnson, who took office on July 24, insists suspending or proroguing parliament was a routine and long-overdue move to launch a fresh legislative programme.

But it sparked legal action accusing him of trying to silence MPs, who oppose his insistence on leaving the EU on October 31 without a divorce deal, if one cannot be agreed with Brussels.

Supreme Court President Brenda Hale stressed that the verdict would not determine when and on what terms Britain leaves the European Union.

2019-09-20
Mr. Admin
Previous: Drive against graft, irregularities to be conducted everywhere: Quader
Next: 1 dead, 5 injured in US shooting