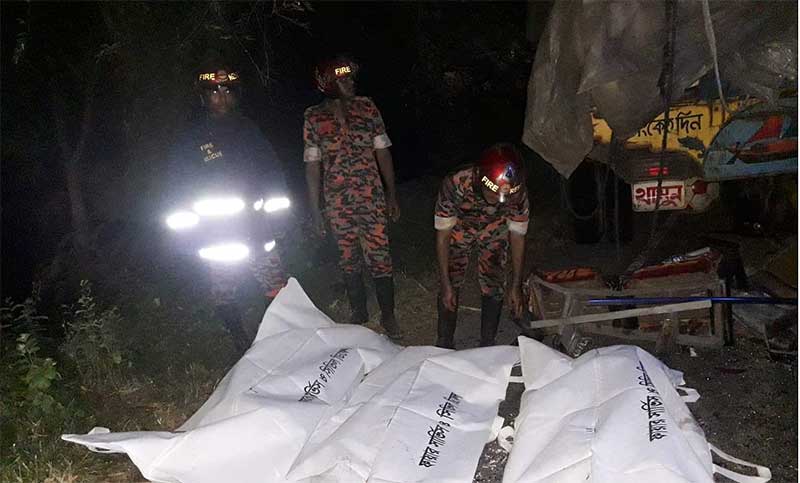 Five people, including a police officer, were killed after a passenger bus crashed into a parked truck at Sonashur of Sadar upazila in Gopalganj district on early Saturday.
The deceased were identified as Sub-Inspector Abdur Rashid, 35; Bizon Hawlader, 25, son of Narayan Hawlader of Pirojpur; Komol Mondol, 24, son of Jashorath Mondol; Habib Munshi, 35, of Tungipara; and Rasel, 22, son of Nur Islam of Pirojpur. Rasel was the bus driver’s assistant.

Ataur Rahman, officer-in-charge of Bhanga Highway Police Station, said a night coach of Emad Paribahan hit a truck parked beside the Dhaka-Khulna Highway around 2am.Three people were killed on the spot and eight others were injured.

Habib died while being taken to Khulna General Hospital. SI Rashid succumbed to injuries at the hospital.

The other injured persons were admitted to Gopalganj General Hospital, the OC said.