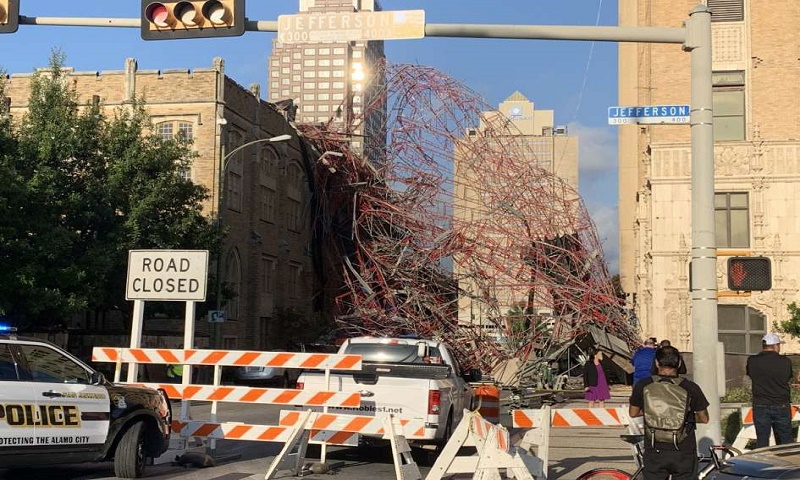 A bomb exploded on a minibus packed with passengers outside the Shiite holy city of Karbala Friday night, killing 12 people and wounding five others, Iraqi security officials and the state news agency said, reports AP.
This was one of the biggest attacks targeting civilians since the extremist Islamic State group was declared defeated inside Iraq in 2017. The group’s sleeper cells continue to wage an insurgency and carry out sporadic attacks across the countryThe explosion occurred as the bus was passing through an Iraqi army checkpoint, about 10 kilometers (6 miles) south of Karbala in the direction of the town of al-Hilla.

One official told The Associated Press that before the blast, a passenger exited the minibus but left a bag containing explosives under one of the seats. The device was then detonated remotely at the checkpoint.

The officials said all of the dead were civilians killed in the explosion and subsequent fire in the bus.

There was no immediate claim of responsibility for the attack. It took place during a holy period marked by Shiites in Iraq between two important religious events, Ashoura and Arbaeen. Arbaee is the annual commemoration marking the end of the mourning period for the martyrdom of Imam Hussein, the Prophet Muhammad’s grandson, a central figure in Shiite Islam. Iraqis and Shiite pilgrims from around the region visit Karbala, some 80 kilometers (50 miles) south of Baghdad, during this time of year.

Thirty-one pilgrims were killed and about 100 injured 10 days ago as hundreds of thousands of Shiite Muslims marked Ashoura, one of the most solemn holy days of the year. It was the deadliest stampede in recent history during Ashoura commemorations.

2019-09-21
Mr. Admin
Previous: What should be done in case of a snake bite
Next: Kareena Kapoor Khan turns 39; rings in her special day at Pataudi Palace