Barcelona loses in its worst start in Spain for 25 years 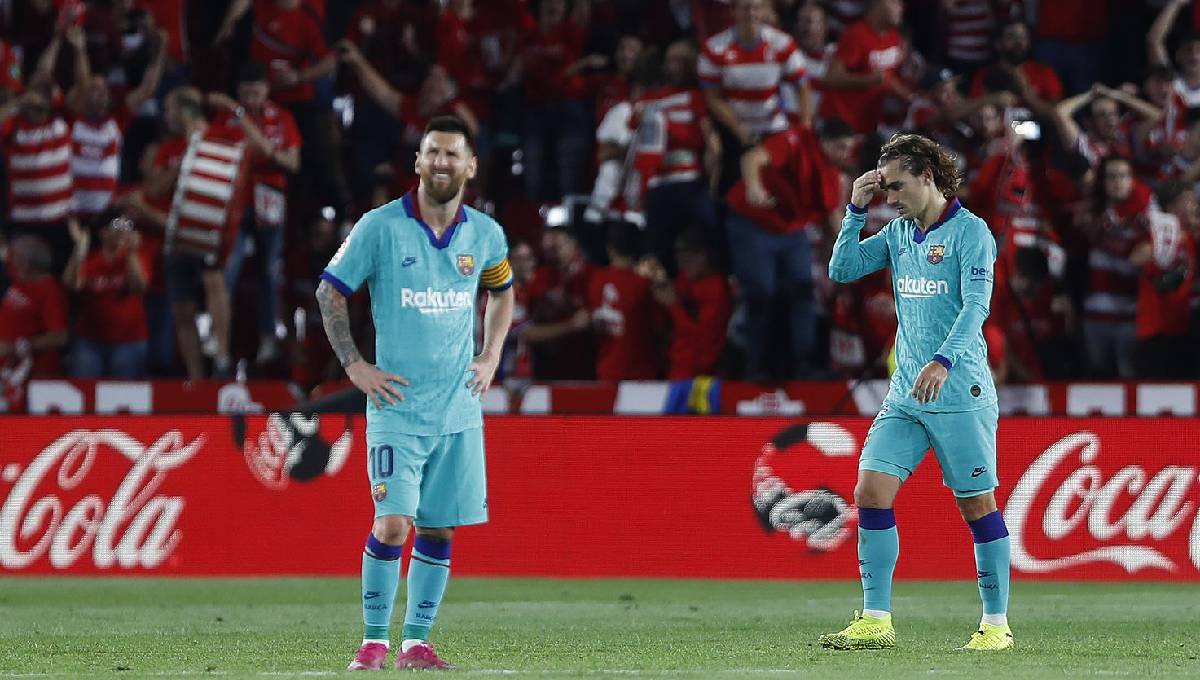 Madrid, Sept 22 : Not even Lionel Messi’s return was enough to prevent Barcelona from making its worst start in the Spanish league for 25 years.

Messi came off the bench in the second half for his first league appearance of the season on Saturday as Barcelona lost 2-0 at promoted Granada.

Barcelona is seventh with seven points from its first five matches. Not since 1994-95 — when it had five points after the first five games — has Barcelona had such a bad start.

“Clearly it hasn’t been a good start to the season,” Barcelona coach Ernesto Valverde said. “There are a lot of matches still to be played, but it’s obvious that we need to improve.”

Ramón Azeez and Álvaro Vadillo scored a goal in each half for Granada, which is top of the league with 10 points after its third win of the season.

Coming off two straight seasons in the second division, Granada hadn’t beaten Barcelona in the league since 2014. It had lost six straight matches against the Catalan club.

“We are not creating enough chances,” Valverde said. “We need to be more effective and translate our dominance into scoring chances and into victories.”

Messi, who had been sidelined with a calf injury since preseason, also came off the bench to play in Barcelona’s 0-0 draw at Borussia Dortmund in the Champions League on Tuesday.

His only chance on Saturday came with an 82nd-minute shot from inside the area that was saved by the goalkeeper. That was Barcelona’s only shot on target at the Nuevo Los Cármenes Stadium.

Granada opened the scoring two minutes into the game with a close-range header by Azeez after Barcelona defender Junior Firpo lost possession near his own area.

Barcelona improved significantly after Valverde brought on Messi and teenage forward Ansu Fati after halftime, but it was Granada that added to the lead with a penalty kick converted by Vadillo in the 66th. The penalty was awarded after video review showed a hand ball by substitute Barcelona midfielder Arturo Vidal.

The result kept the two-time defending champion winless in its first three away matches in the league.

Atlético Madrid was held by Celta Vigo to a 0-0 draw, missing its chance to regain the Spanish league lead.

Atlético has the same 10 points as Granada and Sevilla but trails both teams on goal difference. Sevilla has a game in hand, against Real Madrid on Sunday.

It was the third winless match in a row for Atlético, which was coming off a 2-2 home draw against Juventus in the Champions League. Last weekend, Diego Simeone’s team lost 2-0 at Real Sociedad for its first setback of the season.

“We tried every way possible,” Atlético defender José María Giménez said. “We went for the win until the last minute. At least we didn’t concede this time, but we let two important points slip away.”

Atlético had conceded six goals in its last three matches.

Atlético striker Diego Costa and Celta defender Lucas Olaza were shown yellow cards after the final whistle as players from both teams got into an altercation.

Celta, which was coming off a home loss against Granada, stayed 14th in the 20-team standings with five points from five matches. It hadn’t won a point at Atlético since 2014.

Villarreal defeated Valladolid 2-0 at home with two late goals, while Levante was held by visiting Eibar to a 0-0 draw. Villarreal is fourth after its second straight victory.