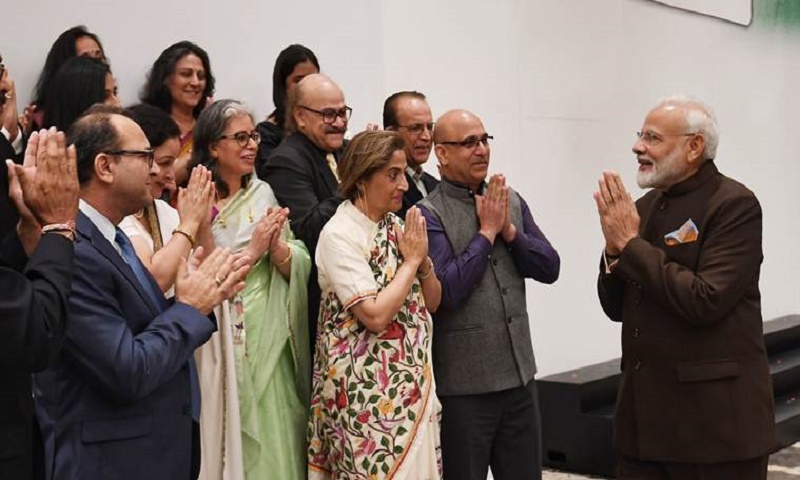 Indian Prime Minister Narendra Modi, who arrived in the US on Saturday, met representatives of religious communities of Indian diaspora in the States. The prime minister met representatives from the Sikh, Dawoodi Bohra, and the Kashmiri Pandit communities. In the evening, PM Modi will attend the ‘Howdy, Modi! Shared Dreams, Bright Futures’ at NRG Stadium in Houston, Texas, in which he will be joined by US President Donald Trump, reports The Indian Express.
PM Modi also met the CEOs of energy sector companies in Houston. Following this, India’s Petronet LNG Limited signed a Memorandum of Understanding (MoU) with US LNG developer Tellurian Inc Saturday, under which Petronet and its affiliates intend to import up to five million tonnes of liquefied natural gas (LNG) per annum through equity investment in Driftwood project in Louisiana.After Houston, PM Modi will be in New York from September 23 to 27. On September 27, the prime minister will attend the United Nations General Assembly, along with other world leaders.
2019-09-22
Enamul Haque Renu
Previous: Bangladeshi film Alpha selected for Oscar 2020
Next: No need to have trade deal with China before 2020 elections: Trump