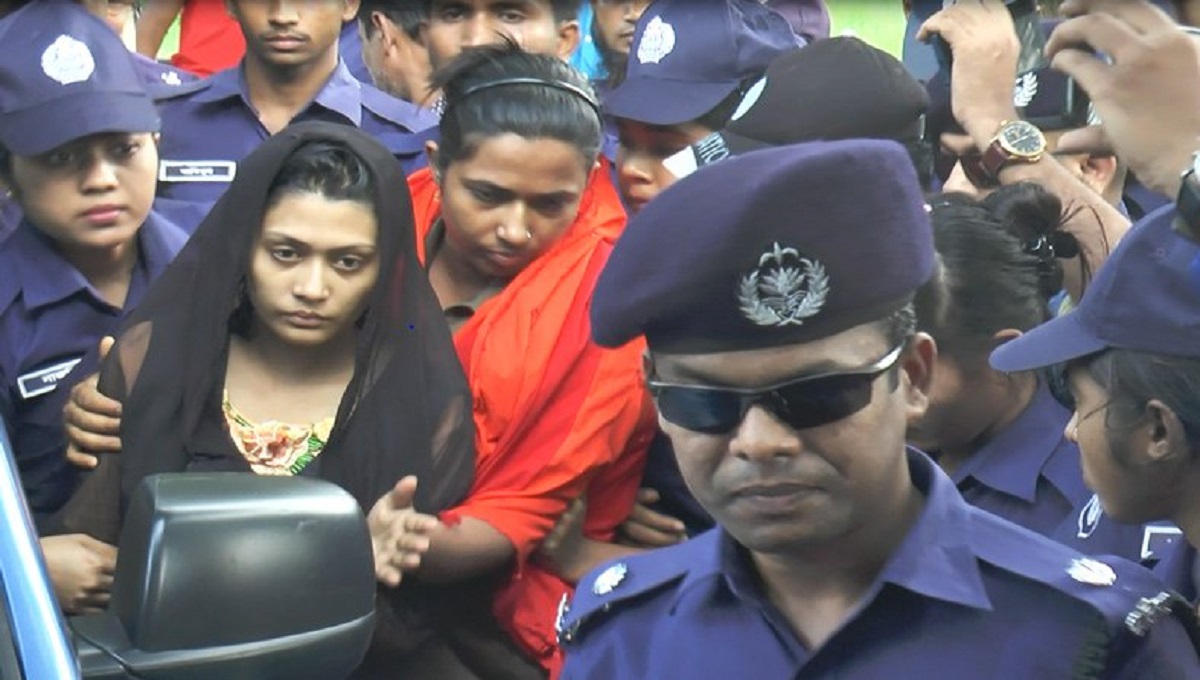 Minni and her father Mozammel Hossain visited the lawyer at his Supreme Court Bar chamber in the morning.

Mozammel told reporters that they came for legal advice.

Asked about the meeting, Advocate Panna said Minni came to Dhaka for treatment and met him for taking advice.

Rifat Sharif, 22, was attacked with sharp weapons near the main gate of Barguna Government College on June 26. Minni appeared to be trying to protect him during the attack.

Sabbir Ahmed alias Nayon Bond, the case’s main accused, was killed in a reported gunfight with law enforcers on July 2.

Police arrested Minni on July 16 in the murder case. She was denied bail several times.

She reportedly confessed to her involvement in the murder before the court on July 19, two days after her arrest. On July 31, she filed a petition with a Barguna court seeking withdrawal of her confessional statement.

On Aug 29, the High Court granted her bail on condition of staying in her father’s custody and refraining from talking to media.

Later, police pressed charges against 24 people, including Minni, in the murder case on September 1.

Minni was released from jail on Sep 3 after the Appellate Division upheld the High Court bail.

2019-09-22
Enamul Haque Renu
Previous: Losing hair? Here’s why it could be happening
Next: Casino instruments recovered from Mohammedan, 3 other clubs