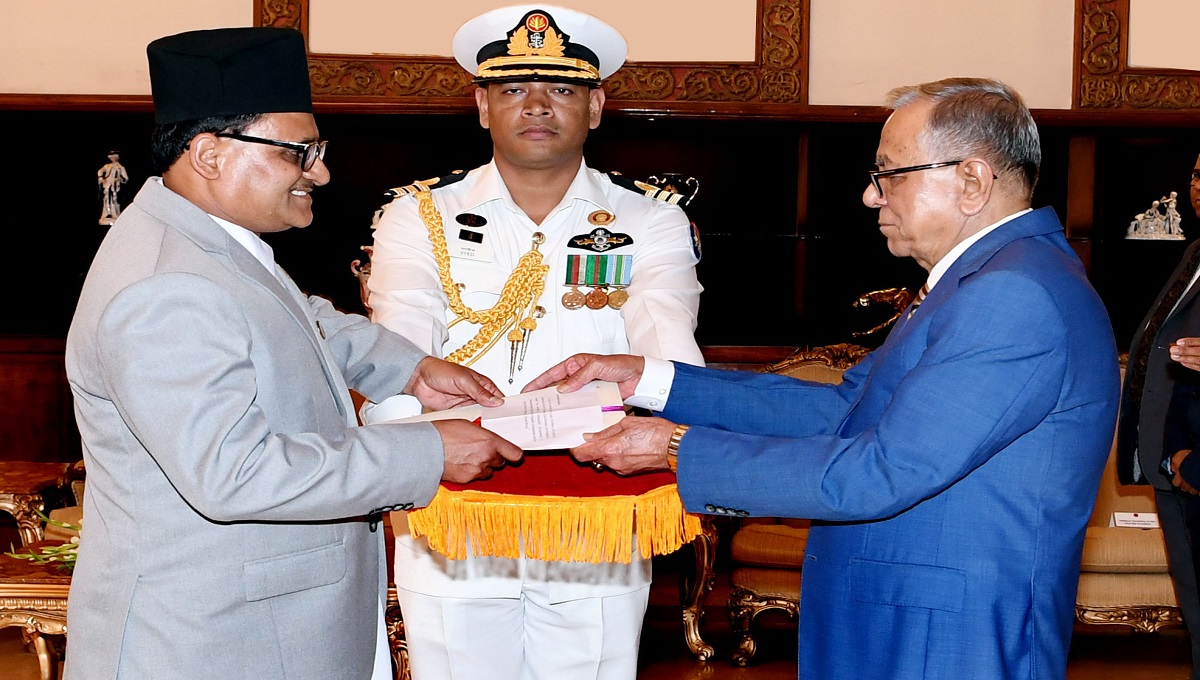 The President made the call when Resident Ambassador of Nepal Dr Banshidhar Mashra presented his credentials to him at Bangabhaban in the afternoon.

At the meeting, the President said Bangladesh has excellent relations with Nepal and the mutual relations are enhancing gradually.

Meanwhile, non-resident ambassadors of three other countries to Bangladesh separately presented their credentials to the President at Bangabhaban in the afternoon.

The envoys are Rabie Narsh of Lebanon, UNG Sean of Cambodia and Ahmed Yousif Mohamed Elsiddig of Sudan.

He expressed the hope that the bilateral relations with these countries will expand further during their assignments here.

Terming Bangladesh a country of huge potential, the President put emphasis on availing of all possibilities in the interest of their respective countries and Bangladesh to bolster businesses, trade and diplomatic ties.

Bangladesh is producing world-standard medicine and readymade garments (RMG) at less cost than many other countries, he mentioned.

Abdul Hamid stressed on increasing high-level visit exchange and people-to-people contact to expand the relations among the countries.

Lauding the tremendous development in the country, especially in socio-economic sector, the envoys assured that Bangladesh would be provided with necessary support by their respective countries.

Secretaries concerned to the President and high officials of the Foreign Ministry were present.

Earlier, on their arrival at Bangabhaban, a smartly turned-out contingent of the horse-mounted President Guard Regiment (PGR) gave the envoys guards of honour.