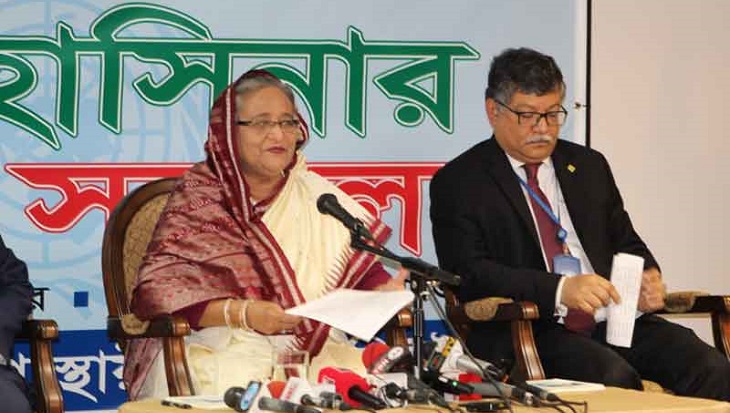 Prime Minister Sheikh Hasina has extended a letter to US President Donald Trump during the luncheon hosted by the UN secretary general.
Sheikh Hasina herself disclosed the information while addressing a press conference at the Permanent Mission of Bangladesh in New York on Sunday.

Asked about the content of the letter, Hasina said the government is trying to bring back the killers of Father of the Nation Bangabandhu Sheikh Mujibur Rahman, who have been living in the United States. “Basically, I have given him the letter to inform him about the matter.”The prime minister said she also informed him about the issue during the luncheon.

Hasina said the USA is always very much vocal about human rights. “Then how the killers of the Father of the Nation, women and children could stay in this country!”

“These killers are not good for those countries also.”

Hasina said if those countries send the killers of Bangabandhu back to Bangladesh, it will be possible to implement the court verdict.