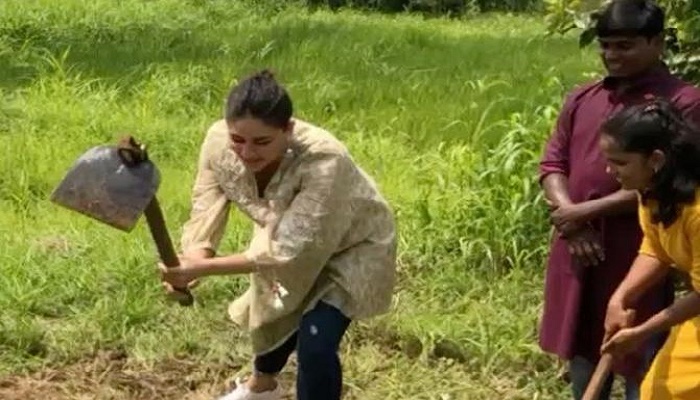 A video of bollywood actress Kareena Kapoor Khan digging the ground with a spade is going viral on social media.
Dressed in a breezy kurti, jeans, and sneakers, the actress looks happy as she digs the ground, reports Mid-Day.Seeing Bebo do this has left netizens confused as to what the actress has in store. She is collaborating with YouTuber Prajakta Koli for this initiative.

Kareena Kapoor has always experimented with work and never shied away from taking on work on different mediums. After being the trailblazer of flaunting the baby bump, setting the gym routine, balancing work and family life, what’s next? She is possibly the first A-list actress to judge a reality television show despite having a flourishing career in films.

The actress is also hosting a radio show with celebrities.

On the professional front, Kareena Kapoor Khan has wrapped up Good Newwz and will be seen in Karan Johar’s ensemble cast film, Takht. Apart from this, she also has Laal Singh Chaddha with Aamir Khan.