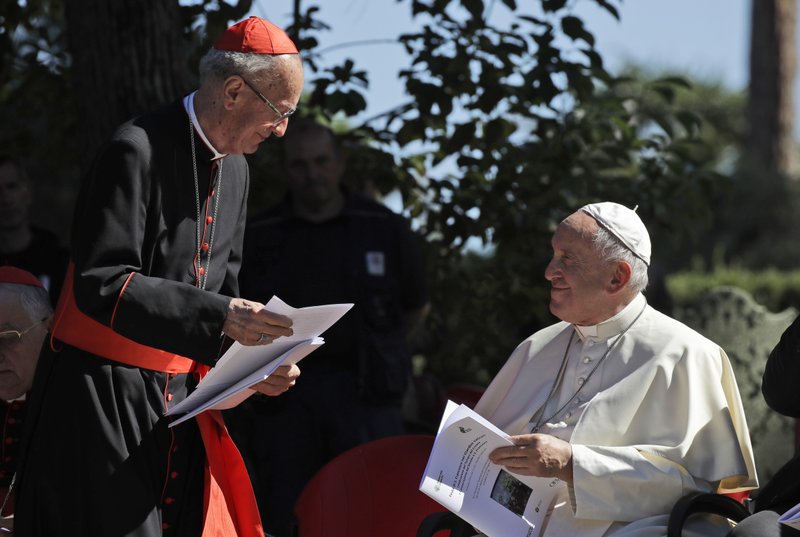 Photo: Cardinal Claudio Hummes, General Rapporteur for the Synod of Bishops for the Pan-Amazon region, left, shares a word with Pope Francis on the occasion of the feast of St. Francis of Assisi, the patron saint of ecology, in the Vatican gardens, Friday, Oct. 4, 2019.

Vatican City, Oct 5 : Pope Francis has chosen 13 men he admires and whose sympathies align with his to become the Catholic Church’s newest cardinals.

A formal ceremony elevating the prelates to the elite position in church hierarchy takes place on Saturday.

The appointments mean Francis will have named more than half of the members in the College of Cardinals who are eligible to vote in a concave to choose the next pope.

Many of the pastors receiving red hats at Saturday’s consistory are from far-flung dioceses in the developing world that never have had a “prince” of the Catholic Church representing them.

Francis was elected as the first Latin American and first Jesuit pope in 2013. The social justice ethos of the Jesuits has informed his focus on marginalized communities and the selection of likeminded cardinals.