Islamists hope to stay on top as Tunisians choose parliament 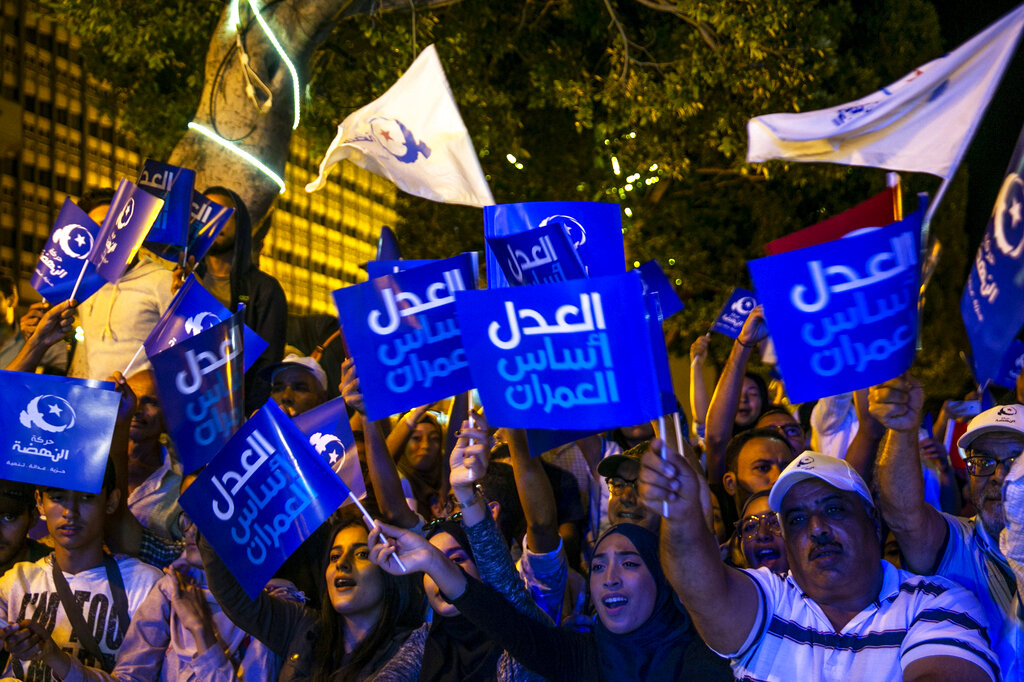 Photo: Ennahda supporters wave flags as they attend a meeting with President of the Islamist party Ennahda and candidate for the upcoming Parliamentary election Rached Ghannouchi in Tunis, Tunisia, Thursday, Oct. 3, 2019.

Tunis, Oct 6 : Tunisians are electing a new parliament amid a tumultuous political season, with a moderate Islamist party and a jailed tycoon’s populist movement vying to come out on top.

Security is tight for Sunday’s voting, with some 100,000 police officers and soldiers patrolling 4,500 polling stations, notably along the Algerian and Libyan borders.

Economic concerns are paramount to voters, who are choosing among thousands of candidates for the 217 seats on the Assembly of People’s Representatives.

It will be tough for a single party to win a majority, although Islamist party Ennahdha and the Qalb Tounes party of jailed media magnate Nabil Karoui are expected to do well.

Preliminary results are expected by Thursday.