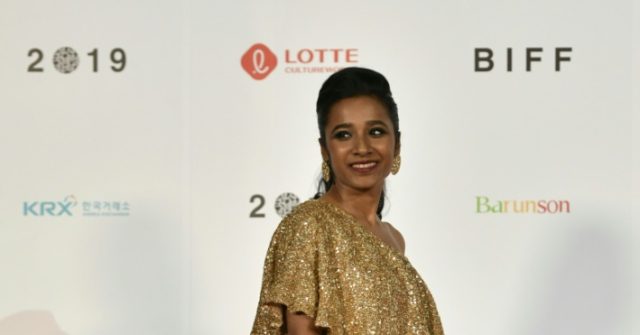 Acclaimed actress Tannishtha Chatterjee believes Bollywood is undergoing a subtle shift at Asia’s biggest film festival as the work of more Indian women — and more stories about Indian women — are hitting the silver screen.
“We are being heard more and more,” said Chatterjee, who has captured the international spotlight for her roles in the likes of ‘Brick Lane’, ‘Anna Karenina’ and ‘Lion’.

Bollywood produces around 2,000 movies per year and Chatterjee said while an overhaul of the male dominance might be some way off, there were positive signs.”Definitely there is a shift,” she said. “[Women directors] are still seen as being indie so the challenge ahead is to be in the mainstream and to become part of pop culture… and not just be seen as something unusual or new.”

Chatterjee has brought ‘Roam Rome Mein’ her debut as a director, to the 24th Busan International Film Festival where it had its world premiere Saturday.

The film stars box office draw Nawazuddin Siddiqui as a man who heads to Italy to find a runaway sister, played by Chatterjee. Once he finds her he discovers she is living a life that forces him to question his own beliefs.

“I wanted to show a male character whose experiences unshackle his own patriarchal ideas,” said Chatterjee.

“It is still a story about a strong woman and the choices she makes but I wanted to show how these can be accepted when often they are just not. It’s a feminist film but it doesn’t have a female protagonist. I didn’t want to show a troubled woman so much as to trouble a man.”This undated handout photo obtained from the Busan International Film Festival (BIFF) in Busan on 6 October, 2019 shows a scene from film `Roam Rome Mein`, Indian actress Tannishtha Chatterjee`s debut as a director. Photo: AFP

English, Hindi, ItalianChatterjee wrote the screenplay after a chance meeting — and then dinner — with an old couple during a trip to Venice and said she has “always been a story-teller at heart” even though up until now she’s been best known for her work in front of the camera.

In 2011 she joined Bollywood royalty by picking up a prestigious National Film Award in India for her role in the drama ‘Dekh Indian Circus’.

“I like to use my imagination,” she said. “But it was not easy to get support for the film because it doesn’t fit into any slot.”

‘Roam Rome Mein’ features the work of one of the rising stars of Bollywood cinematography in Sunita Radia but the director revealed the intention was to make a film that looked “for all the world just like a Bollywood film but is not actually a Bollywood film.”

“It goes into reality and surrealism and it’s in English, Hindi and Italian,” said Chatterjee. “So it’s not really like anything any studio in India has seen. I wanted it to have that bright bold look but to have a story-telling style that was very different.”

There’s been a buzz building about the film over BIFF’s opening weekend, with Chatterjee already picking up the festival’s Asian Star Award for her work.

Another Indian production generating interest is the Alankrita Shrivastava-directed ‘Dolly Kitty and Those Twinkling Stars’, also centred around a woman determined to break free from the country’s conservative societal norms.

Chatterjee said both films showed women in her homeland increasingly wanted to use their positions to expand India’s “cinematic language.”

“The lives of women across society are still repressed,” she said. “We are not really yet getting access to those stories. The more women writers and directors that we have, with a world view that is different, then you will see the industry and the world shift. We are at the beginning of that right now.”