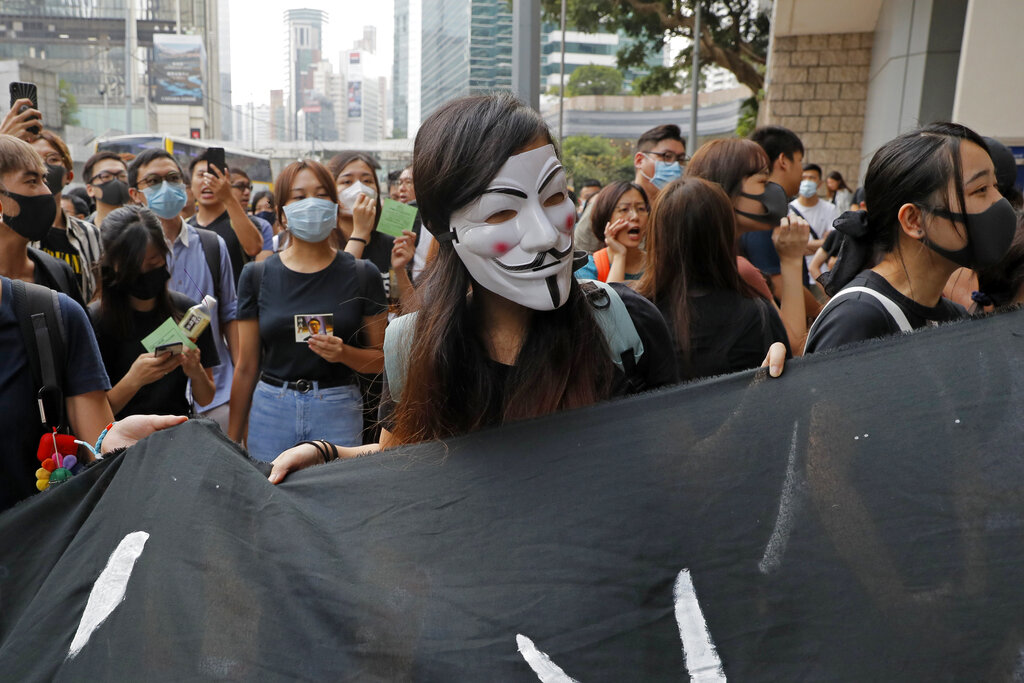 HKmap.live, designed by an outside supplier and available on Apple Inc.’s online store, “facilitates illegal behavior,” the People’s Daily said in a commentary.

Beijing has pressed companies including Hong Kong’s Cathay Pacific Airways to take the government’s side against the protests, which are in their fourth month.

Apple didn’t immediately respond to a request for comment.

The demonstrations began over a proposed extradition law and expanded to include other grievances and demands for greater democracy.

HKmap.live allows users to report police locations, use of tear gas and other details that are added to a regularly updated map. A version is also available for smartphones that use the Android operating system.

The criticism of Apple followed government attacks starting last weekend on the National Basketball Association over a comment by the general manager of the Houston Rockets in support of the protesters. State TV has canceled broadcasts of NBA games.

“Apple jumped into this on its own and mixed together business with politics and commercial activity with illegal activities,” the People’s Daily said.

The newspaper warned Apple might be damaging its reputation with Chinese consumers.

Brands targeted in the past by Beijing have been subjected to campaigns by the entirely state-controlled press to drive away consumers or disruptive investigations by tax and other regulators.

“This recklessness will cause much trouble for Apple,” the People’s Daily said. “Apple needs to think deeply.”