Not natural gas, LPG to be exported to India, says PM 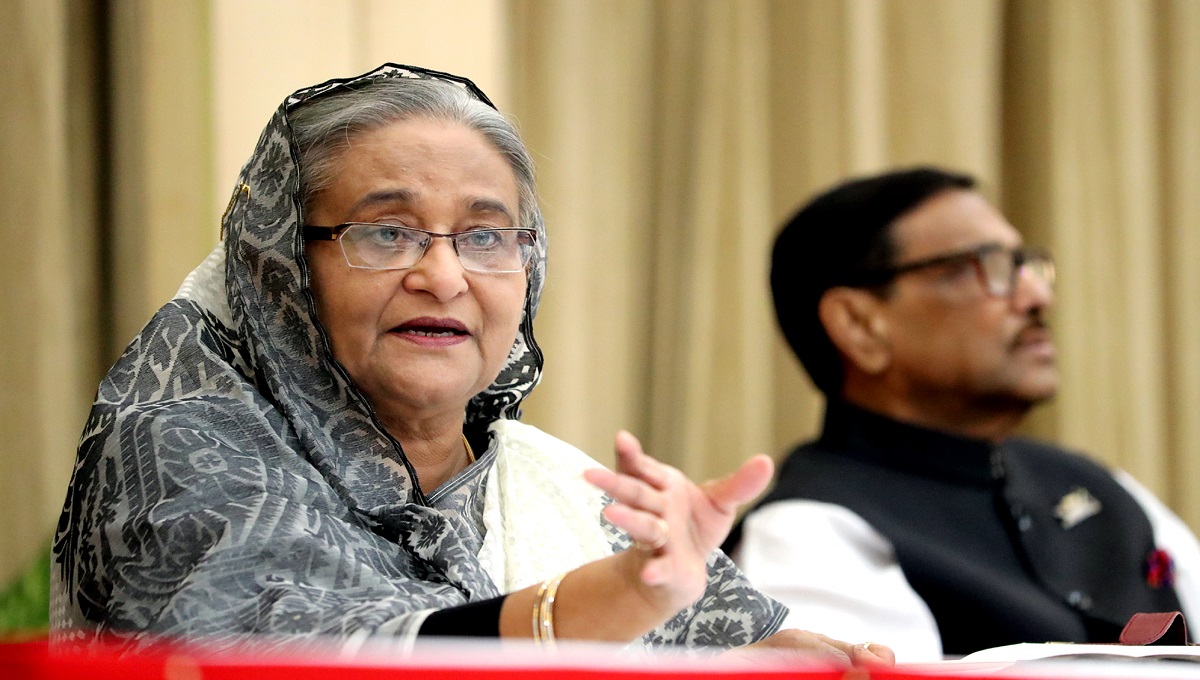 She also trashed the allegation that anti-state bilateral documents were signed during her recent India tour, saying it cannot happen that Sheikh Hasina will sacrifice the country’s interests.

“Those who have raised questions and talked (about the deals with India) have forgotten the past.  It can never happen that Sheikh Hasina will sell Bangladesh’s interests and everyone should know it,” the Prime Minister said.

She came up with the remarks while addressing a press conference about the outcomes of her recent official visits to the USA and India.

“We’ll import LPG from abroad and export it to India after bottling it. LPG is not natural gas and it’s not produced in Bangladesh,” Sheikh Hasina said.

On October 5, Bangladesh and India signed seven bilateral documents, aiming to further strengthen the relations between the two countries.

The documents were signed, exchanged, adopted and handed over after a meeting between Prime Minister Sheikh Hasina and her Indian counterpart Narendra Modi at New Delhi’s Hyderabad House.