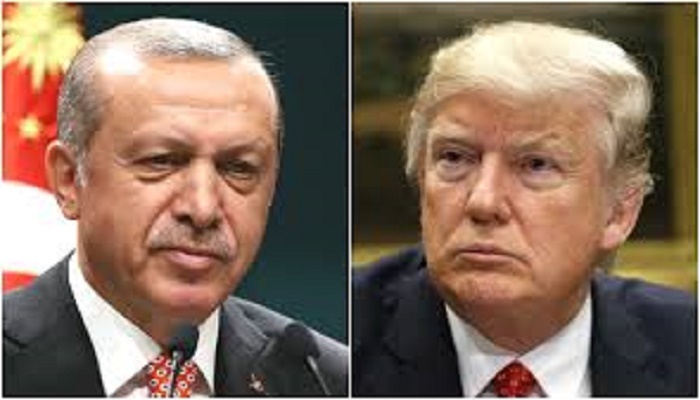 Trump has signed an executive order that empowers his administration to slap sanctions on Turkey, reports Times of India.

Trump in a letter to Speaker Nancy Pelosi of the US House of Representatives has declared the Turkey issue a national emergency.

On Wednesday, Ankara launched a cross-border assault on Kurdish fighters after the US decided to withdraw troops from Syria,

The order gives the state and treasury departments authority to consider and impose sanctions on individuals, entities or associates of the Turkish government involved in actions that endanger civilians or lead to the further deterioration of peace, security and stability in northeast Syria.

The order will authorise a broad range of measures, including financial sanctions, the blocking of property, and barring entry

into the US, he said, adding that the US will immediately stop negotiations with Turkey on a $100 billion trade deal.