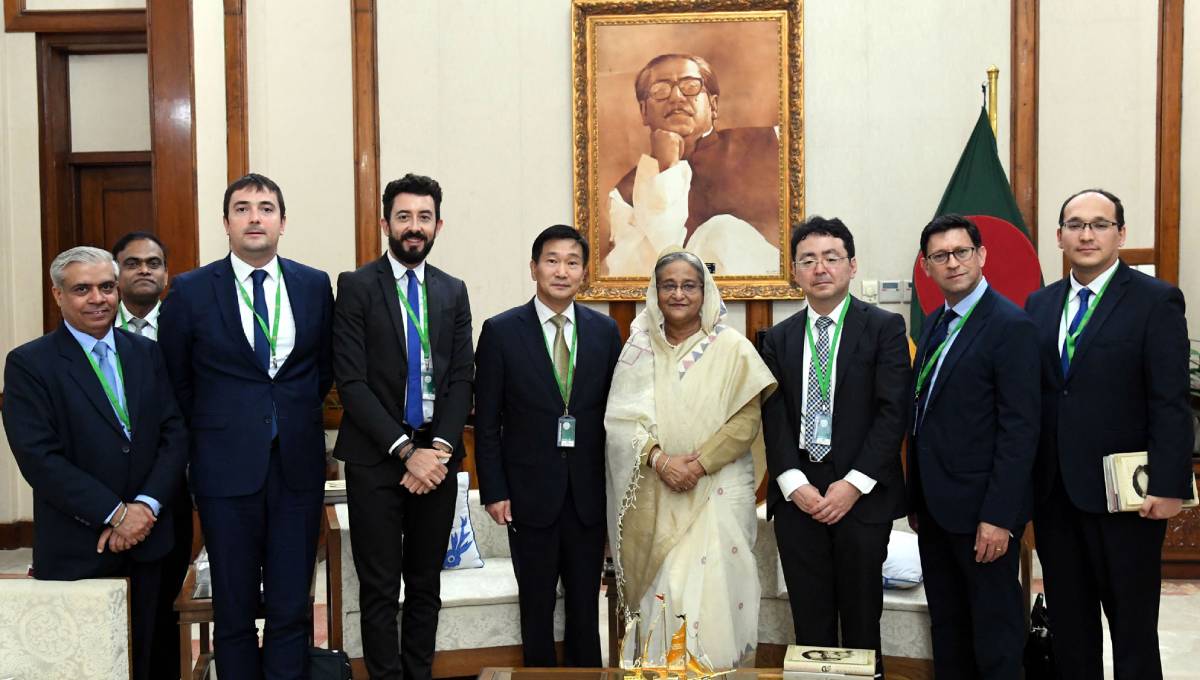 Dhaka, Oct 16 : Prime Minister Sheikh Hasina on Wednesday stressed the need for the quick repatriation of the displaced Rohingyas to their place of origin in Rakhine State of Myanmar.

It will be better for Bangladesh if they go back as early as possible, she said.

The Prime Minister came up with the remark when a seven-member delegation of the Asian Development Bank (ADB) met her at her official residence Ganobhaban.

“ADB will continue to remain Bangladesh’s development partner,” said In-chang Song, leader of the visiting team of ADB Board of Directors.

Six ADB directors and alternative directors representing 33 countries were among the delegates.

The visiting delegates appreciated the rapid reduction of poverty level and the high GDP growth in Bangladesh as well as progress in climate change mitigation and food security.

Bangladesh has achieved much progress in attaining food security, they said.

The ADB will continue its support to Bangladesh on the Rohingya issue, too.

He stressed the need for the continuation of the regional connectivity and integrity for the sake of development.

Prime Minister Sheikh Hasina said her party had chalked out the plan for the development the country before coming to power.

She said different development policies such as economic and agriculture ones were incorporated in her party plan. “We had formulated the policies before coming to power, and now we are implementing these,” she was quoted as saying.

Mentioning that the development activities of her government are village-centric, Hasina said the rural areas of Bangladesh and the grassroots people get priority in development programmes.

The government is setting up 100 economic zones to expedite the pace of development, Hasina said adding that it she who has opened all the sectors, including energy, telecommunication and transport to private sector.

She said her government focused on different social safety programmes, including the widow allowance.