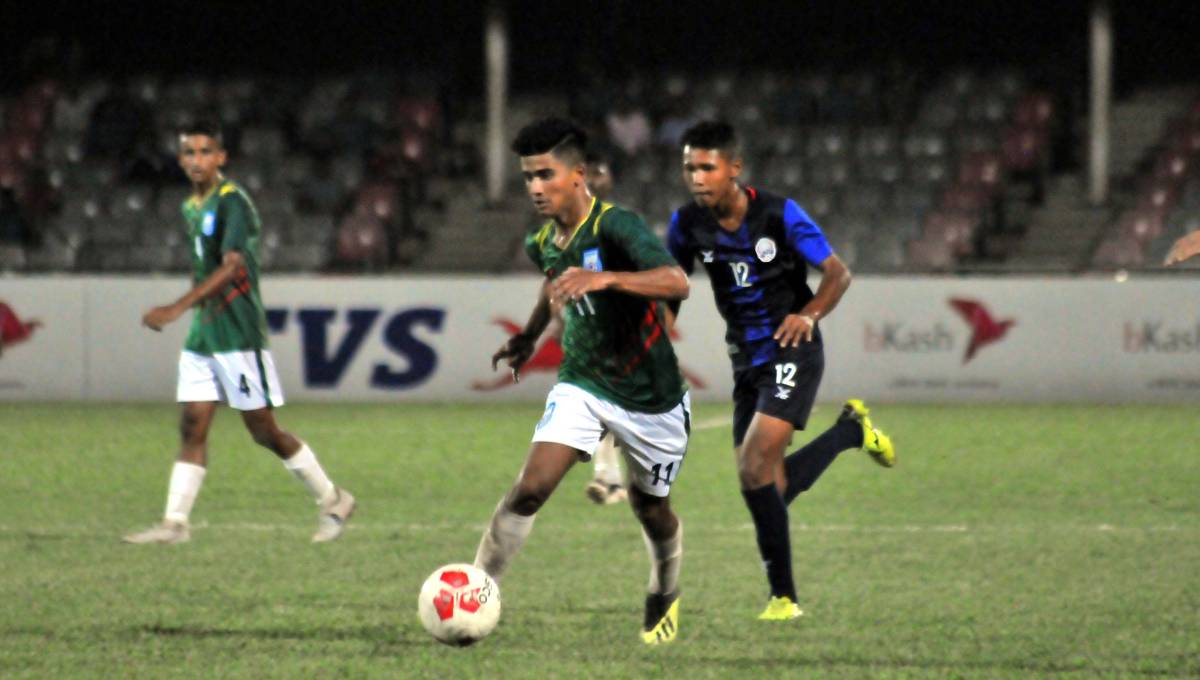 Dhaka, Oct 16 : Bangladesh U-16s made a good start in the four-team UEFA Assist Under-16 Development Tournament beating Cambodia U-16s by two goals to nil in their first match at the floodlit Bangabandhu National Stadium here on Wednesday.

After a barren first half, Bangladesh scored first in the 49th minute with their forward Mainul Islam Moin played through inside the danger zone and finishing smartly.

Moin then sealed the 3 points for hosts Bangladesh, scoring the team’s 2nd goal as well in stoppage time (93rd minute) of the match after the ball broke to him on the right from a Bangladesh attack.

In their remaining league games, Bangladesh will meet Faroe Islands on October 18 and the Maldives on October 20.

The Faroe Islands outplayed Maldives 10-3 in the opening match of the tournament that was the early kick-off at the same venue.

In the last edition of the meet in Thailand in 2018, Bangladesh lost two matches and settled for a draw in the other match.