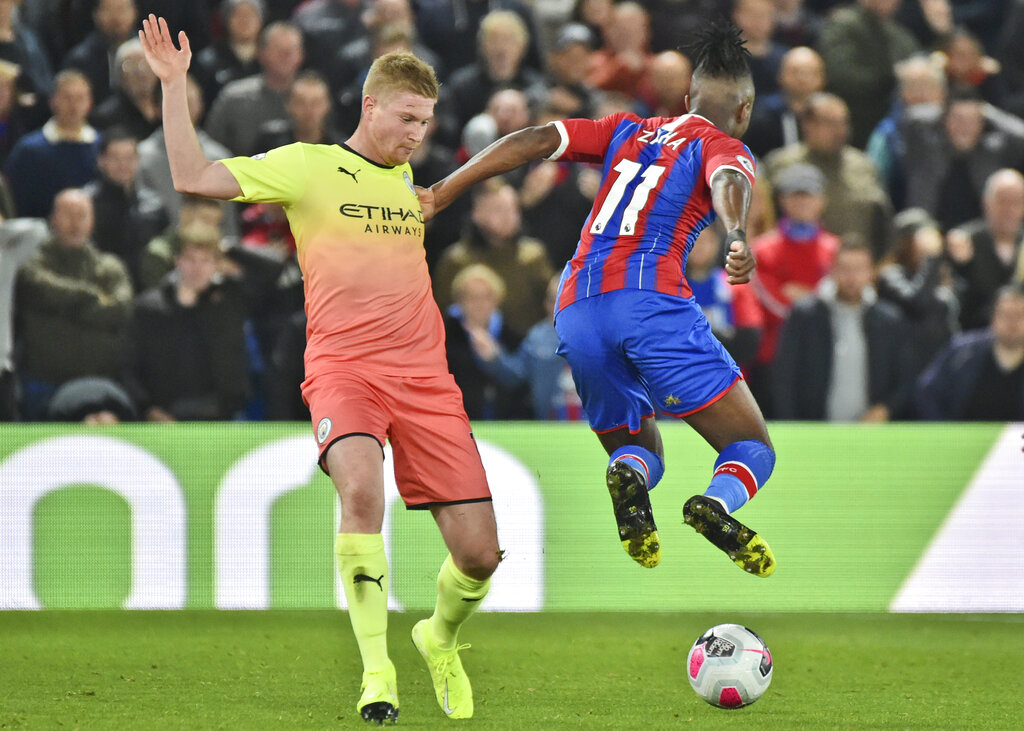 
London, Oct 20 : Manchester City shrugged off a defensive injury crisis to beat Crystal Palace 2-0 in the Premier League on Saturday and maintain some pressure on leader Liverpool.

Gabriel Jesus and David Silva scored within 95 seconds of each other in the first half to help Pep Guardiola’s team respond after losing at home to Wolverhampton Wanderers before the international break.

The win also cuts Liverpool’s lead to five points ahead of its game at Manchester United on Sunday.

City lined up with midfielders Fernandinho and Rodri at centre back after Nicolas Otamendi picked up a knock while on international duty with Argentina.

But most of the action took place at the other end, with Kevin De Bruyne returning from a groin injury to help the visitors dictate play at Selhurst Park.

City took the lead six minutes before halftime when Bernardo Silva was afforded some time on the right and cut inside before picking out Jesus, who stooped low and headed in via the post to score his 50th goal for City.

It was soon 2-0 as De Bruyne carried the ball forward on a counterattack before play switched to Raheem Sterling, who provided a delightful scooped ball over the top for Silva to run onto and volley home.

Sterling, who had six goals in six games against Palace before this game, nearly added to that tally in the second half but hit the post from inside the area and then skewed wide moments later.

Christian Benteke came on for Palace with 16 minutes left and nearly found the net with his first touch, but Ederson produced a magnificent save to tip the header onto the crossbar.

De Bruyne hit the post not long after and Sterling swept wide from eight yards before Wilfried Zaha had a fierce drive saved, but City comfortably saw out the final exchanges to close the gap with Liverpool.

2019-10-20
Mr. Admin
Previous: Indonesia’s popular president to be sworn in for 2nd term
Next: 3 killed in Bhola clash over defamatory remarks about prophet