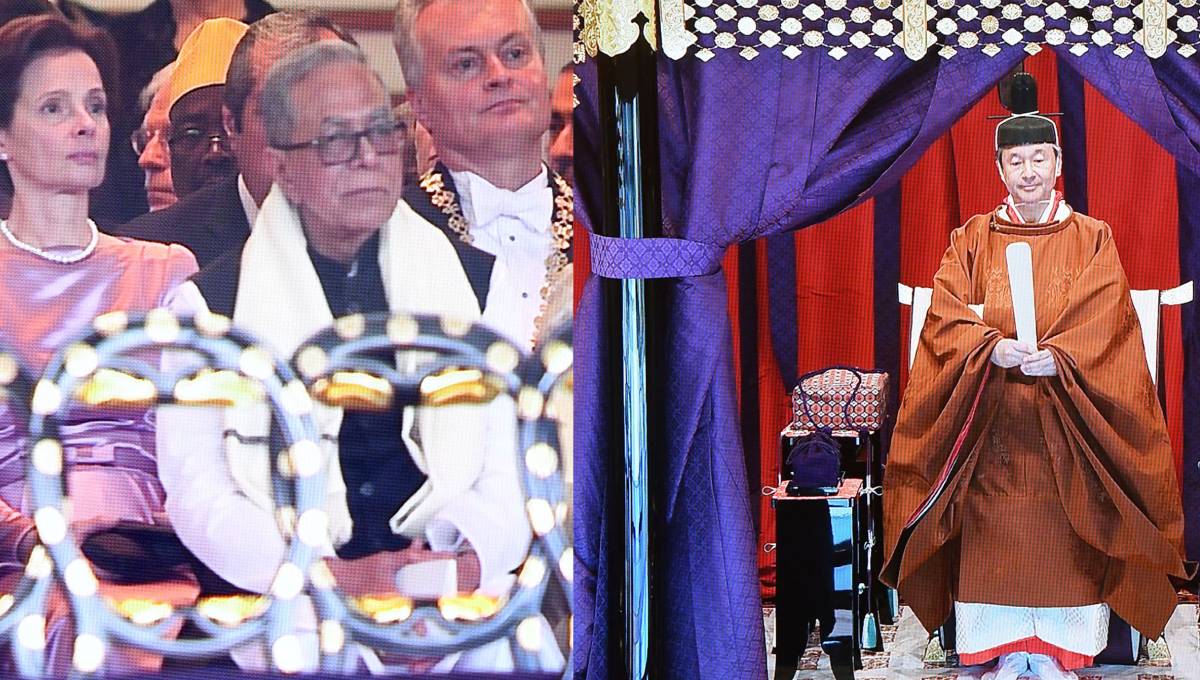 Tuesday’s Sokuirei no Gi (enthronement ceremony) is considered as the most important of a series of enthronement- related ceremonies that started in May.

The ceremony at the Seiden State Hall started at 1pm in Matsu no Ma state room, with the Emperor announcing his enthronement from the 6.5 meter high canopied throne, known as the takami-kura.

Hamid reached Tokyo on Monday on an eight-day official visit to Japan and Singapore.

A regular flight of Singapore Airlines carrying the President and his entourage took off from Hazrat Shahjalal International Airport for Singapore at 1:35pm on Sunday and landed on Monday at 6:30am (Local time).

Some 2,000 people, including heads of states and other dignitaries, from 174 countries attended the enthronement ceremony.

President Hamid will also attend a banquet to be hosted by Japanese Prime Minister Shinzo Abe at Hotel New Otani in the same day as part of the ceremony.

On the evening of October 23, the banquet hosted by the Prime Minister and his spouse is to be held in Tokyo to thank the foreign heads of state and other dignitaries for visiting and foster a greater understanding of Japan by presenting displays of traditional Japanese culture.

The President will visit Singapore on October 25-27 on his way back home.

He is expected to return home on October 27.