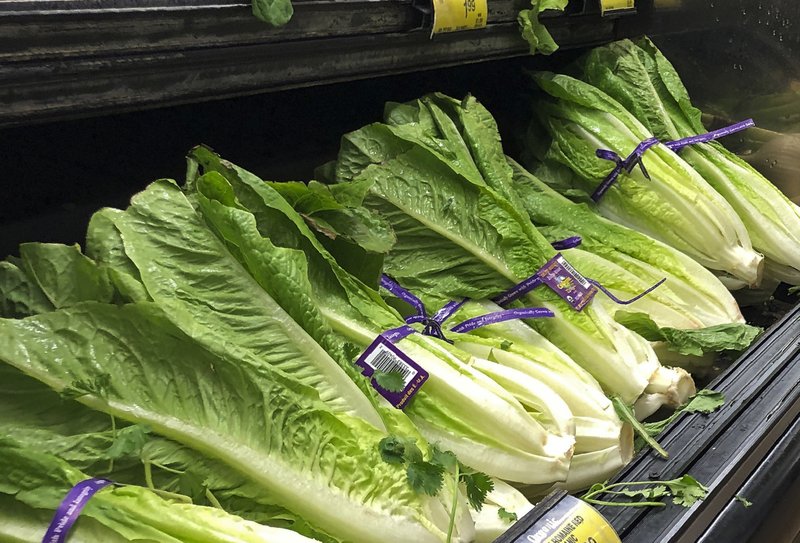 U.S. health officials disclosed another food poisoning outbreak linked to romaine lettuce, but they said it appears to be over.

The disclosure late Thursday comes after the produce industry said it was stepping up safety measures following a series of outbreaks , including one last year that sickened more than 200 people and killed five. It’s not clear why romaine keeps sickening people, but experts note the difficulty of eliminating risk posed by raw vegetables grown in open fields.

The U.S. Food and Drug Administration said 23 people were sickened between July 12 and Sept. 8. No deaths were reported. As with previous outbreaks, the agency said it was unable to determine how the romaine became contaminated.

The Centers for Disease Control and Prevention said by Sept. 19 leafy greens were suspected for the cluster of E. coli illnesses, and that romaine was determined as the likely source Oct. 2.

The FDA, which overseas produce safety, said its data indicated the tainted produce was no longer on shelves by the time romaine was identified as the likely culprit. It said the situation didn’t warrant immediate public communication.

The spring 2018 outbreak that sickened more than 200 people was traced to Yuma, Arizona, one of two regions that grow most the country’s romaine. A massive cattle feedlot in the area was identified as a potential contamination source.

Months later, just before Thanksgiving, the FDA warned people to avoid romaine because of another E. coli outbreak. That was traced to central California, the other key region where romaine is grown.

Produce groups in the two states have said growers tightened safety measures. The FDA is partnering with scientists to study how romaine may have become tainted.

Separately, the CDC said Friday it’s investigating a multistate outbreak of salmonella infections linked to ground beef that are more severe than expected. Eight of 10 infected people were hospitalized, including one death. It said it has not identified a single, common supplier, and it reminded people to cook ground beef thoroughly.