Pakistani Islamists await deadline they set for PM to resign 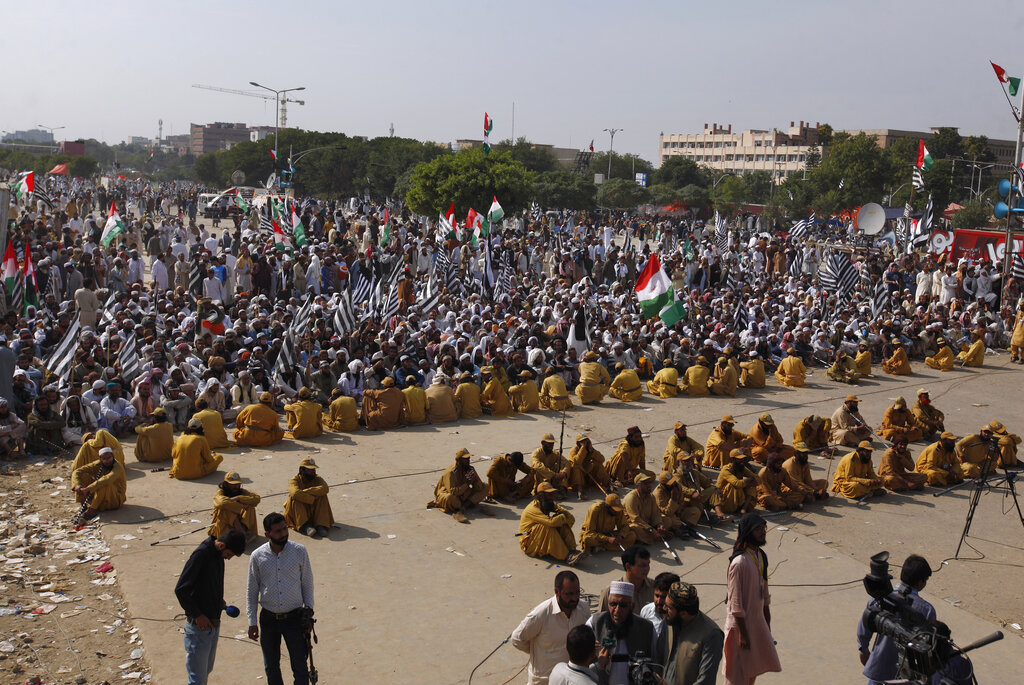 Photo: Supporters of Jamiat Ulema-e-Islam party listen to their leaders during an anti-government march and gather in Islamabad, Pakistan, Saturday, Nov. 2, 2019.

Tens of thousands of Islamists at a protest camp in Pakistan’s capital are awaiting a deadline set by their leader calling for the prime minister to resign.

Firebrand cleric Maulana Fazlur Rehman led a caravan of supporters to Islamabad last week in a bid to pressure Imran Khan to step down, calling him an “illegitimate” ruler.

Rehman has hinted he could direct his partisans to march on the seat of Pakistan’s government and force Khan’s resignation. Khan says he has no plans of quitting.

Pakistani authorities further strengthened security around the camp in the lead-up to Sunday night’s deadline. That includes walls of shipping containers blocking roads leading into and out of the protest area, as well as deploying riot police and paramilitary forces.

While India seems to love Trump, the reality isn’t so simple