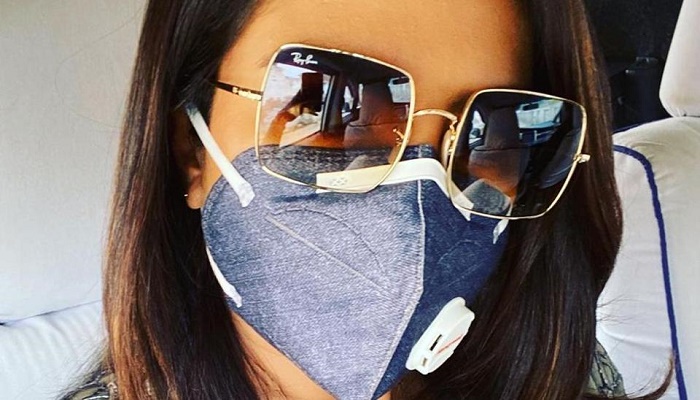 Bollywood actor Priyanka Chopra has raised concern and disappointment on the air pollution in Delhi of India.
The actress said it is not possible to shoot under such conditions.The actor posted a selfie while wearing an anti-pollution mask on Instagram along with a note, reports Hindustan Times.

As the actor is shooting for her next —The White Tiger in Delhi, she expressed concern for Delhiites and especially those who are “homeless”.

Adding how blessed she is to have “air purifiers” and “masks”, the 37-year old added, “Pray for the homeless. Be safe everyone.”

Delhi is witnessing a dip in air quality across NCR, showing air quality in the ‘severe’ category.

The White Tiger, adapted from Aravind Adiga’s prize-winning novel of the same name. The film will be helmed by Ramin Bahrani. It follows the extraordinary journey of a self-made man from being a tea-shop worker in a village to a successful entrepreneur in a big city.

Netflix is producing the film in association with Mukul Deora. It also stars Rajkummar Rao.Priyanka is also set to be heard in Disney’s upcoming feature Frozen 2 as Elsa. The film also has her younger cousin Parineeti, lending voice to the character of Elsa’s younger sister, Anna. It is slated to release on November 22.