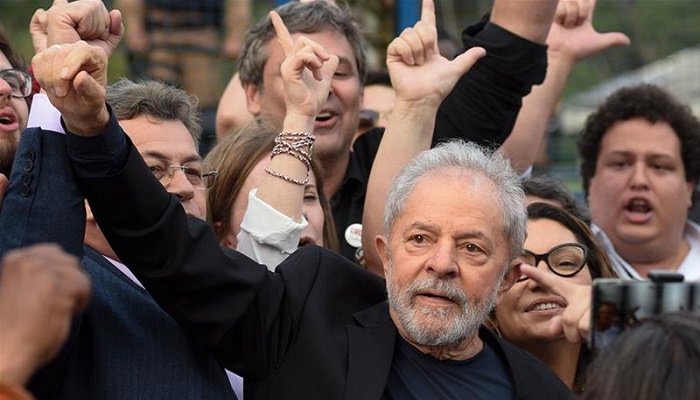 Former Brazilian President Luiz Inácio Lula da Silva has been freed after more than 18 months in prison.
The left-wing former leader, known as Lula, was greeted with rapturous applause from crowds of supporters as he walked out of the jail on Friday, reports BBC.

He was held in a prison in the city of Curitiba on corruption charges.

A judge ordered his release after a Supreme Court ruling that defendants should only be imprisoned if they have exhausted their appeal options.

Lula is one of several thousand convicts who could benefit from the ruling.

Lula was favourite to win last year’s presidential election but was imprisoned after being implicated in a major corruption scandal. The race was won instead by far-right candidate Jair Bolsonaro.