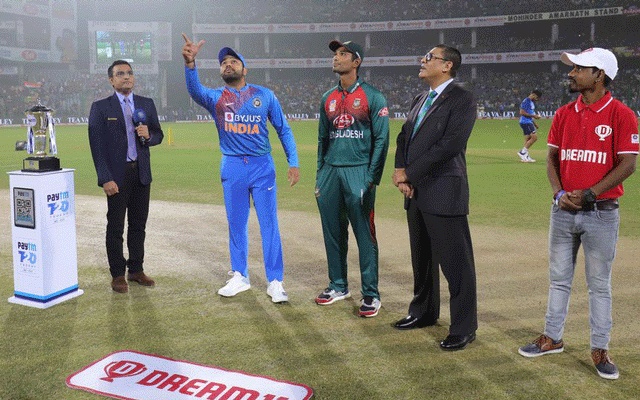 Bangladesh captain Mahmudullah won the toss and elected to field first against India in the series decider of the three-match T20I series in Nagpur on Sunday.
Both Bangladesh and India made one change each in their respective playing XI. Bangladesh overlooked injured Mosaddek Hossain Saikat to pave the way for Mohammad Mithun. In contrast, India left out Krunal Pandya and brought in Manish Pandya.

Before heading to this game, both Bangladesh and India experienced the same fate in the previous two games. Bangladesh stunned the hosts in the first game by seven wickets while India staged a strong comeback in the next game, winning by eight wickets.Mushfiqur Rahim was the architect of Bangladesh’s first-ever T20I win over India on November 3 while Rohit Sharma led from the front in the second game in Rajkot to set up the parity in the series.

Bangladesh never won a T20I series against India. But they have a golden chance this time around to write a new chapter of their history.