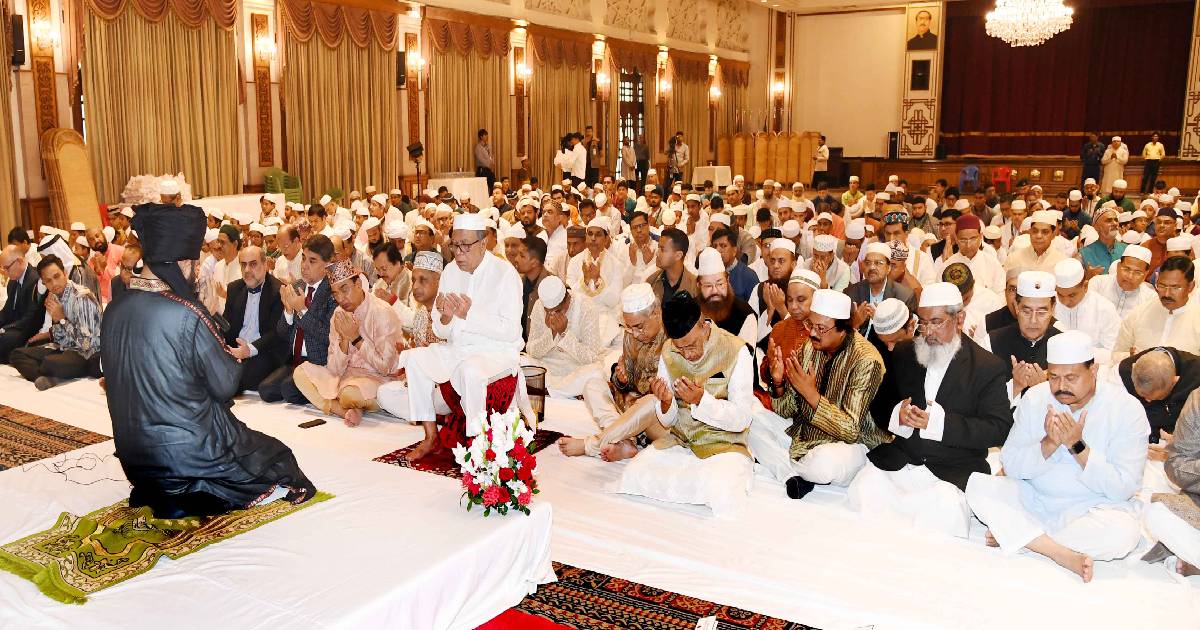 President Abdul Hamid on Sunday hosted a milad mahfil at the Darbar Hall of Bangabhaban on the occasion of Eid-e-Miladunnabi, the day of birth and demise of Prophet Hazrat Muhammad (SM).

A special munajat was offered seeking divine blessings for peace and prosperity of the country, welfare of the people and greater unity of the Muslim Ummah across the world.

Doa was also offered for eternal peace of the martyrs, who sacrificed their lives in the 1971 Liberation War and different other democratic movements in different times.

A particular doa was also offered seeking eternal peace of Father of the Nation Bangabandhu Sheikh Mujibur Rahman and his family members, who were brutally assassinated on the fateful night on August 15, 1975.