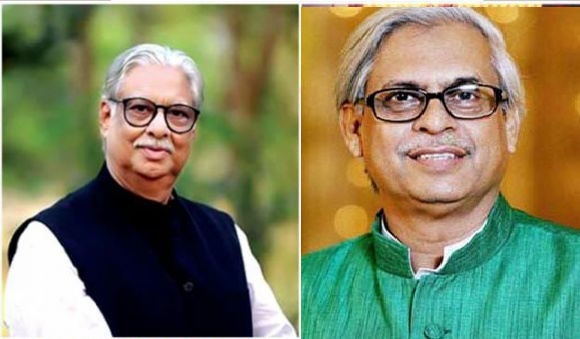 Sylhet Office : Awami League central organising secretary advocate Misbah Uddin Siraj called Sultan Mohammad Mansur, a Member of Parliament from Moulvibazar-2 constituency, a “traitor”.
Misbah branded Mansur, a former organising secretary of ruling AL, with the title while speaking as a special guest in the triennial council of Kulaura upazila unit of the party in Moulvibazar on Sunday.

In his speech, Mizbah said: “Prime Minister and Awami League president Sheikh Hasina once made Sultan Mansur an organising secretary of the party, and VP of DUCSU. She also made him a MP from Moulvibazar. In spite of that Mansur betrayed with Awami League, and our leader Sheikh Hasina. He left the party by striking knife on the chests of party leaders.”Sultan Mohammad Mansur, ex-vice president of DUCSU, elected MP from Moulvibazar-2 constituency P from Goano Forum banner in December 30, 2018 national election.

On March 7, he took oath as a member of the parliament defying his party Gano Forum and its greater political alliance Jatiya Oikya Front decision.

Later on the same day, Gano Forum expelled Mansur for taking oath as a member of the 11th parliament violating the party’s discipline and political principle.