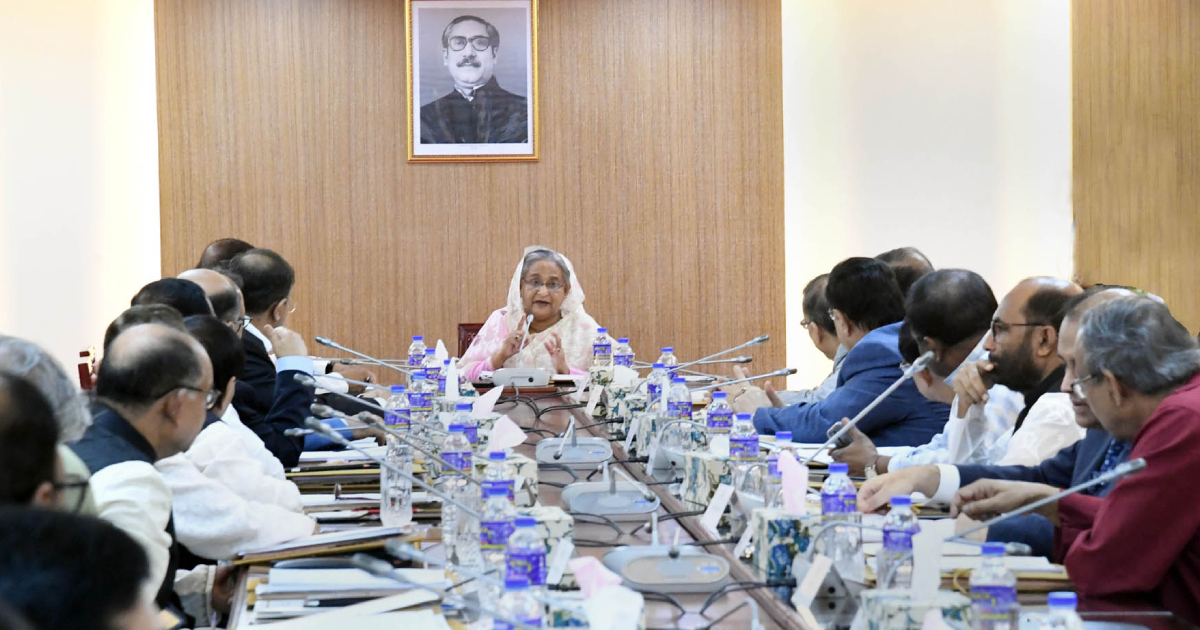 The Cabinet on Monday approved in principle the draft of the ‘Bangladesh Public-Private Partnership (PPP-Amendment) Bill, 2019’ to pave the path for undertaking and implementing the G2G (government-to-government) projects under PPP as well.

The approval came from the weekly cabinet meeting held at the Bangladesh Secretariat with Prime Minister Sheikh Hasina in the chair.

“There’s no provision to implement G2G schemes in the existing Bangladesh Public-Private Partnership (PPP) Act, 2015. After the enactment of the PPP Act, 2015, the government took initiatives for the execution of the PPP projects (G2G PPP) with different countries,” said Cabinet Secretary Khandker Anwarul Islam while briefing reporters after the meeting.

He said Bangladesh has already signed a number of memoranda/cooperation of understanding with Japan, Singapore, South Korea and the UAE under the ‘Policy for Implementing PPP Projects through the G2G law framed in 2017.

Other counties have also shown their interest to undertake schemes in this process, said Khandker Anwarul Islam adding that the provision for undertaking and implementing the G2G projects is also there in the proposed law.

The PPP Act 2015 was framed to create partnership with private sector by attracting local and foreign investments, aiming to improve the living standard of people and expediting the country’s socioeconomic progress as well as building infrastructures.

The cabinet meeting also adopted a condolence motion expressing deep shock at the death of veteran politician Moinuddin Khan Badal, MP who passed away at a hospital in Bangalore, India on Thursday at the age of 67.