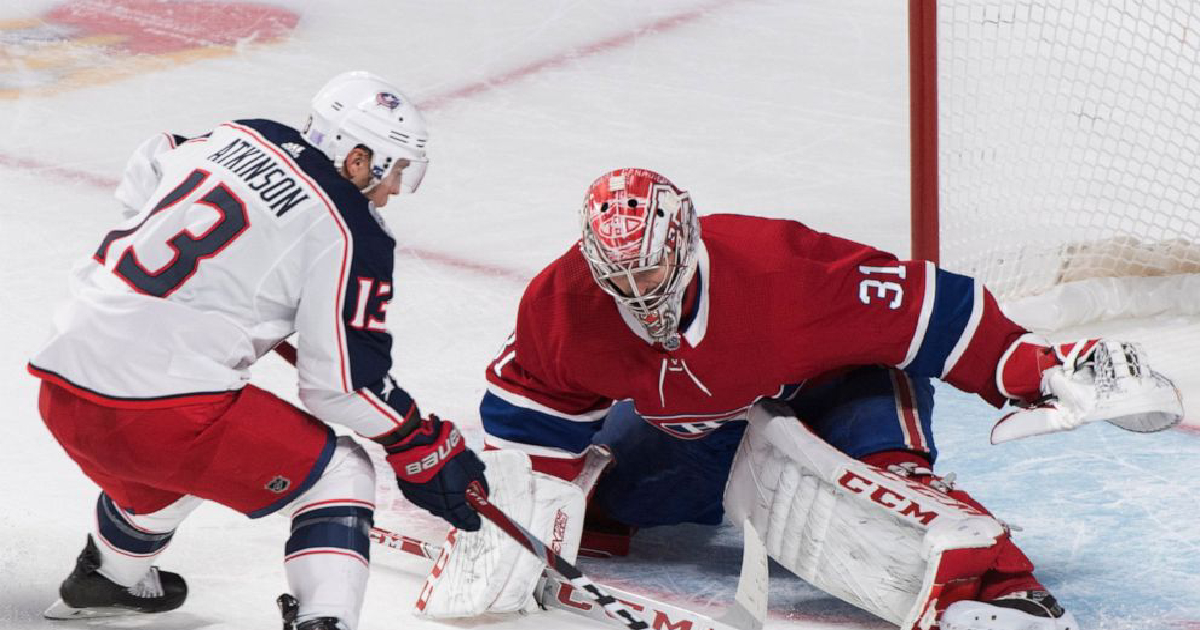 The Montreal Canadiens never feel out of a game, regardless of the score.

Jonathan Drouin scored the shootout winner and the Canadiens rallied to beat the Columbus Blue Jackets 3-2 on Tuesday night.

Brendan Gallagher and Tomas Tatar scored third-period goals for the Canadiens (10-5-3), who trailed 1-0 after two periods. Carey Price made 33 saves. The Canadiens have won six of their last eight games (6-1-1).

The Canadiens rank third in the league with 24 third-period goals.

“We came back after the second period after being down 1-0,” coach Claude Julien said. “I told the guys we have to stay focused. Not every game is going to be easy. Sometimes you need to scratch and claw to get those kind of wins.

“Right until the end, it could have gone the other way because they were playing that well.”

Eric Robinson and Zach Werenski scored in regulation for Columbus (6-8-4). Backup goalie Elvis Merzlikins, who was recalled from the AHL on Monday, made 30 saves.

A frenetic final two minutes of the third period saw Columbus take a 2-1 lead. Montreal bounced back and tied the game a little more than a minute later.

Werenski put Columbus ahead with 1:51 left, beating Price with a shot into the top corner.

Moments after the Blue Jackets narrowly missed the empty net, Montreal took advantage of the extra skater. Nick Suzuki found Tatar open at the side of the net with 41 seconds remaining.

“It was definitely a bit draining to give up that goal in the last two minutes,” said Suzuki, who has seven points this season. “It took the crowd out of it. But it was a great comeback shift when we pulled the goalie.”

After Columbus failed to take advantage of a power play in overtime, Drouin scored the shootout’s only goal. Price stopped all three Columbus shooters.

Among the highlights was the early play of both goaltenders.

Price made three quick saves on a Columbus power play in the first period, including hard shots from Emil Bemstrom and Josh Anderson in the slot.

Merzlikins was also in fine form in the first, making a save on Gallagher’s redirection of Jeff Petry’s shot from the point.

Robinson, making his season debut for Columbus, beat Price with a shot between the pads at 16:46 of the first for his first NHL goal. Price could not handle the initial shot from Werenski from the blue line.

The Canadiens fired 14 shots on net, none too dangerous, in a scoreless second period.

Gallagher scored his team-leading eighth of the season at 3:27 of the third with a fairly harmless shot from long distance that went through the pads of Merzlikins.

“I have to win games here,” said Merzlikins, who made 30 saves and dropped to 0-1-3. “I just can’t win a game. But it’s going to come. I got used to it now. I’m not that nervous or scared anymore. I’m more used to the games.