Get fitness inspiration from Shilpa Shetty 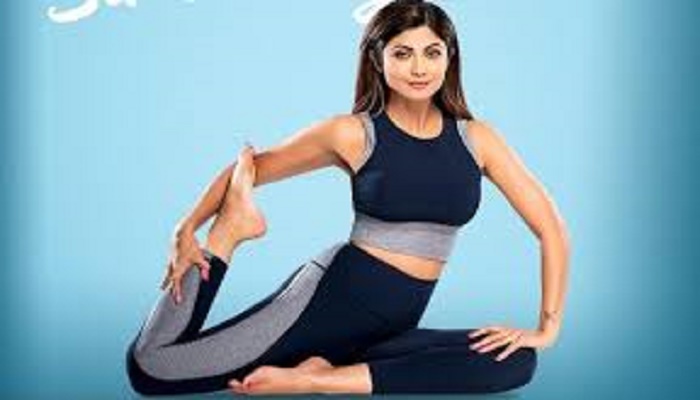 What if we told you that you could use your own body weight to strengthen your core and attain that dream figure. If you wish to know more, then read on.
Box jump training, a type of exercise regime, tends to work all of the leg muscles which help strengthen the core using one’s own body weight. Box jumps also boost endurance and improve cardiovascular health. But how?It is because box jumps require you to jump high enough, forcing you to use every single muscle in your legs (as well as your arms) to propel you up. Don’t believe us?

Here’s proof that actor and fitness enthusiast Shilpa Shetty swears by it and in fact, starts her day with it, reports The Indian Express.

In an Instagram post, the Dhadkan actor wrote, “They say ‘think out of the box’, but I like going a step ahead by jumping in and out of the box ?? My day began with some ‘In & Out Box Jumping’ and ‘Half L-Sit Hold’ that helps me improve my balance and mind-body coordination while working on my core and agility. How did you start your day?”

In the video, Shetty can be seen doing 10 jumps followed by a Half L-Sit Hold, a variation of the L-Sit exercise, for 30 seconds.

Known to be an extremely intensive form of exercise, the L-Sit Hold helps chisel the abs and improve shoulder strength which contributes to building functional and core strength.

As an acrobatic body position in which the body weight rests on the hands, the L-Sit exercise involves lifting oneself off the ground with the weight balanced on the legs, abs and glutes, and the legs held horizontally so that each leg forms a nominal right-angle with the torso. If you can sit up with your core tight and chest out for a minimum of 30 seconds, you should be proud of yourself. But for beginners, even being airborne is an achievement.Instead of a full L-Sit, Shetty can be seen doing a half L-Sit with her legs facing the ground or a Chair L-Sit.

Maintaining the L-shape while holding your body up works muscles all over the body, with your abs, hip flexors and triceps being hit particularly hard.

Look at some of the other variations of L-Sit here.

It’s the same as a regular L-sit, except your knees are bent at a 90-degree angle. You’ll look like you’re sitting in an invisible chair in the end position.

This variation looks similar to the chair L-sit, except you tuck your knees close to your chest rather than having your thighs parallel to the ground. You’ll notice that this variation increases the pressure on the core, rear deltoids, and triceps.

This progression is a cross between a tuck L-sit and a regular L-sit. One leg is extended straight out while the other is tucked in. Be sure to alternate legs when training. You can also do a “bicycle” variation, in which the legs alternate during the set.

When performing an L-sit, most people round their shoulders and back. The advanced version requires you to keep your shoulder blades back and chest out, which is much harder.

The V-sit is the variation in which your legs are much higher than parallel. This is a great muscle-building exercise.

Masala Tea Health Benefits: How Can It Improve Your Immunity