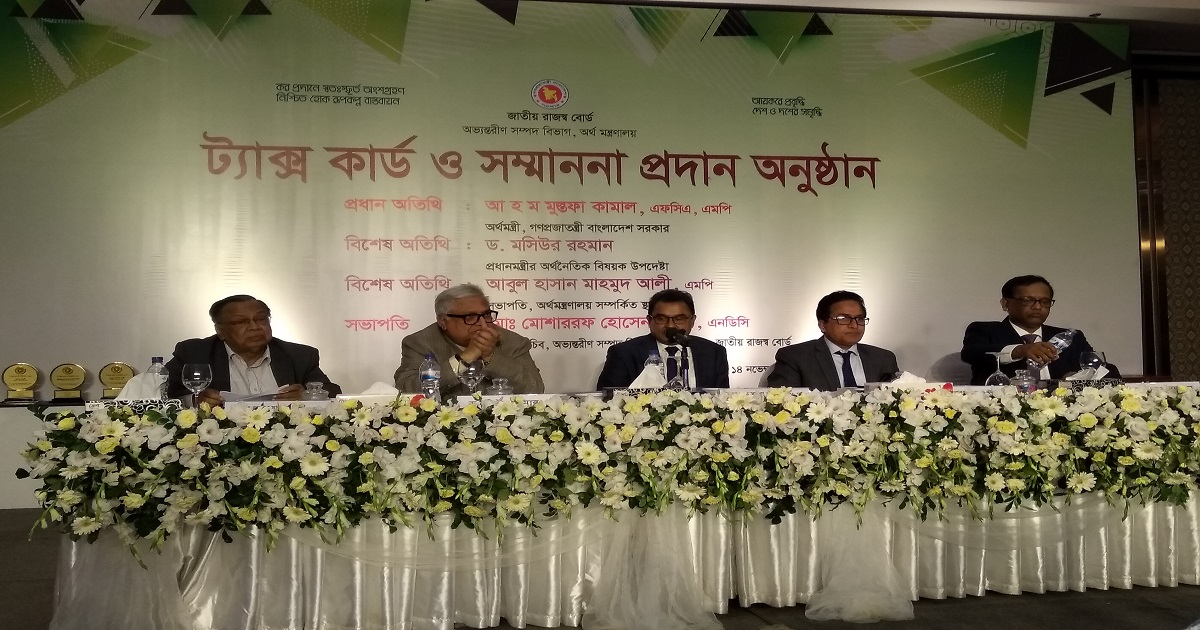 Dhaka, Nov 14 : A total of 142 national-level tax card winners, including 75 individuals, 57 companies and 10 under other categories have been awarded by National Board of Revenue (NBR).

As the chief guest, Finance Minister Mustafa Kamal distributed the awards among the top income taxpayers of the 2018-19 fiscal at a programme held at the Radissan Blu in the capital on Thursday.

Minister Kamal said paying tax is a virtue. “So I urge you to encourage all people to pay tax.

Kamal also said he would fulfil an oath he took and collect Tk3 lac 2500 crore. We will reduce tax rate if it is needed.

NBR chairman Mosarraf Hossain Bhuiyan said that it is an important day for the country, rewarding those who play important role in our economy.

“A competition is need paying tax in the country,” he also said.

Mosarraf said, “we started initiatives to create new taxpayers here. We encourage people arranging such programme so that the number of taxpayers is increased. The country is developing. It will further be developed.”

At the programme, Prime Minister’s economic adviser Moshiur Rahman, among others were in attendance.

2019-11-14
Mr. Admin
Previous: Bangladesh-Russia signs protocol to boost ties
Next: Onion being rotten in some places but not going to market: PM