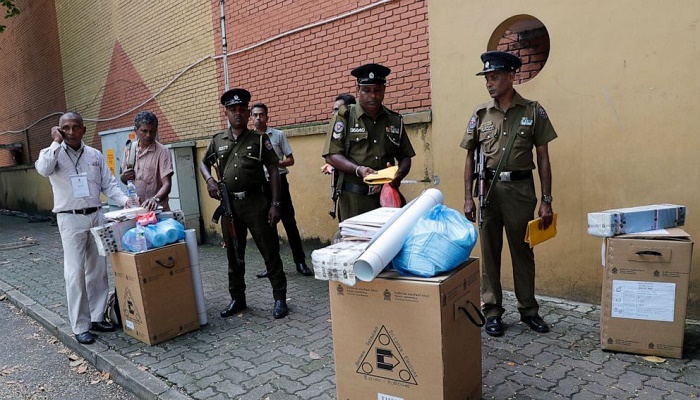 A convoy of buses carrying Muslim voters in northern Sri Lanka was attacked by gunfire and stones and blocked by burning tires hours before polls opened Saturday in presidential elections, according to a group monitoring election violence, reports AP.
There were no reported injuries and police were investigating, said Manjula Gajanayake, spokesman for the Colombo-based Centre for Monitoring Election Violence.Campaigning was dominated by worries over national security in the backdrop of the deadly Islamic State-inspired suicide bomb attacks on Easter Sunday that killed 269 people.

At the same time, there’s fear among both minority Tamils and Muslims about a return to power of Gotabaya Rajapaksa, a hard-line former defense official under his brother, ex-President Mahinda Rajapaksa.