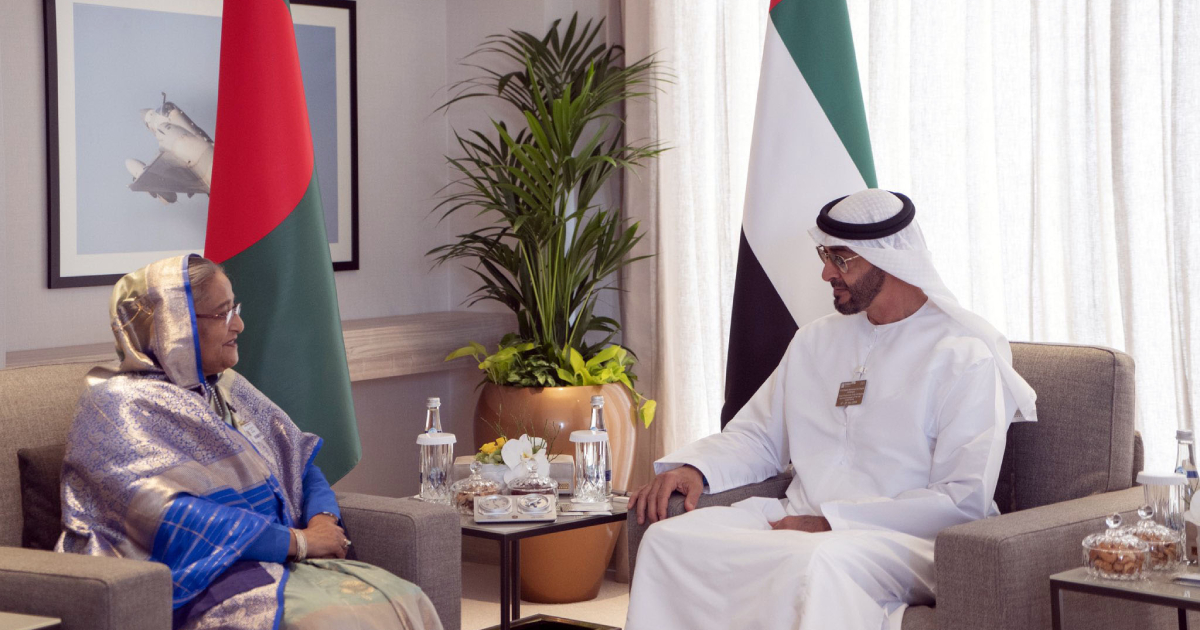 The United Arab Emirates (UAE) will reopen its labour market to Bangladesh workers as it was closed several years ago.

Crown Prince of Abu Dhabi Sheikh Mohammed bin Zayed Al Nahyan on Sunday gave the hint to Prime Minister Sheikh Hasina at a meeting on the sidelines of the Dubai Airshow at the Dubai World Central (DWC).

“You (Sheikh Hasina) will not ask the same question when you’ll visit the UAE next time,” Sheikh Mohammed said when Sheikh Hasina raised the manpower export issue at the meeting.

The manpower export from Bangladesh to the UAE market remained suspended for the last five years.

During the meeting, the issue of rice import from Bangladesh to the UAE also came up for discussion.

In reply,  Sheikh Mohammed bin Zayed Al Nahyan, also Deputy Supreme Commander of the United Arab Emirates Armed Forces, said the UAE will send a delegation to Bangladesh to see its different varieties of rice as per their requirement.

He said they might import the best quality rice from Bangladesh.

The Prime Minister arrived here on Saturday night on a four-day official visit to the UAE to attend the Dubai Airshow 2019, one of the largest aviation exhibitions in the world.

The airshow runs from November 17-21 at Dubai World Central (DWC) with the participation of some 1,300 companies from across the world.

Sheikh Hasina joined the airshow at the invitation of Vice President and Prime Minister of the UAE, and Ruler of Dubai Sheikh Mohammed bin Rashid Al Maktoum.

Alongside joining the opening ceremony of the 16th biennial aviation show, she witnessed the eye-catching flying display there.