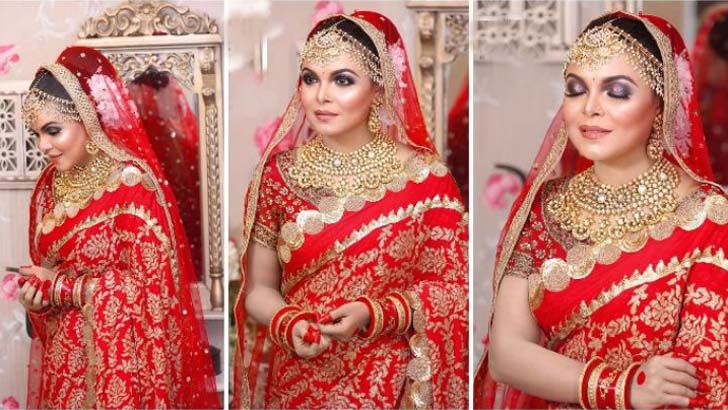 Some photos of actress Meher Afroz Shaon have gone viral on social media where she has been seen in a bridal look.
Shaon, wife of legendary writer late Humayun Ahmed, uploaded the photos on her verified Facebook page. In the caption of the photos she mentioned some lines of a Tagore song.

Immediately after she uploaded the photo, some netizens on social media questioned if the actress was going to tie the knot again.Gultekin Khan, former wife of celebrated storyteller Humayun Ahmed, recently tied the knot again with an additional secretary and poet Aftab Ahmed.

According to media reports, Shaon recently took part in a Bridal photo shoot.

The photos have also been shared on the Facebook page of Zahid Khan Make Over and Bridal Collection Group.