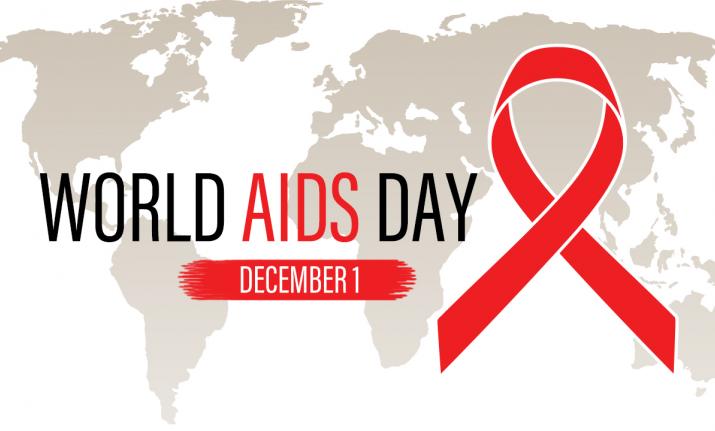 The World Aids Day is being observed across the country as elsewhere in the globe today.

The theme of this year’s World AIDS Day is “Communities make the difference”.

President M Abdul Hamid and Prime Minister Sheikh Hasina issued separate messages on the eve of the day wishing all-out success of the programmes marking the day.In separate messages, they appreciated the steps taken at the national level to observe the day.

In his message, President Abdul Hamid said, “The risk of the deadly disease, AIDS, is still prevailing in the country due to geographical location, unawareness, uncontrolled behavior of the vulnerable section of the people and fallacy among the people.”

The President called upon all for maintaining the conventional, religious, social and family discipline to control or prevent the HIV.

He stressed the importance to take effective measures by the NGOs and development agencies alongside the government to increase awareness among the people, remove prejudices and change the people’s behavior in this regard.

In her message, Prime Minister Sheikh Hasina said her government is committed to bring down the rate of HIV into 0 percent from the current less than 0.01 percent by 2030.

“I hope Bangladesh will become successful to eradicate the diseases by the stipulated time through collective efforts,” said the premier.She said Bangladesh can be free of the AIDS risks through increasing awareness, controlling lifestyle, stopping drug abuse, developing morality, maintaining religious disciplines and taking proper treatment.

Sheikh Hasina urged different NGOs, development organizations and other agencies to play a vital role alongside the government in this regard.

She hoped that the Father of the Nation Bangabandhu Sheikh Mujibur Rahman’s dream of “Sonar Bangla” will be built through the implementation of “Vision 2021 and 2041” in the health sector of the country.

2019-12-01
Mr. Admin
Previous: Want to give a boost to your energy levels?
Next: More research institutions needed in Bangladesh: Muhith