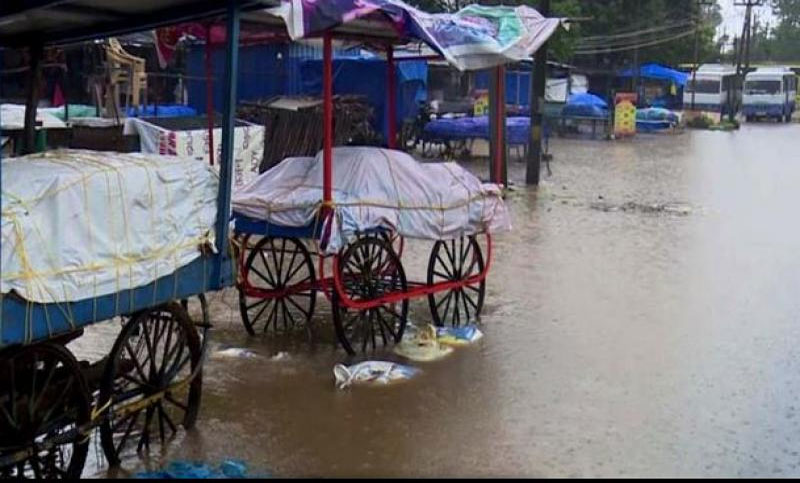 Heavy rain is likely to continue to hammer parts of Tamil Nadu and Puducherry today (Monday) after normal life was hit in several districts in the two southern states over the last few days.
Fifteen people have died after a wall collapsed in a village this morning in Tamil Nadu’s Coimbatore district amid heavy rain. Rescue operations are on to help people trapped in debris in Nadur village near Mettupalayalam, said authorities. Nine bodies have been recovered so far.

Heavy rain is likely to continue to hammer parts of Tamil Nadu and Puducherry today after normal life was hit in several districts in the two southern states over the last few days. A red alert, likelihood of heavy to very rainfall, has been sounded in several parts. With several areas waterlogged, schools and colleges will remain shut in Chennai and Tuticorin, Tiruvallur and Kancheepuram.Widespread rain is expected across coastal Tamil Nadu due to a cyclonic circulation near Comorin on the Indian Ocean, according to the weather office. At least three people had died in different parts of Tamil Nadu in rain-related incidents in the last few days.

The Chennai Corporation has set up a helpline for water-logging and tree fall complaints following continuous rain. Residents can dial 04425384520 and 04425384530 or Whatsapp 9445477205 for any rain-related complaintsIn Puducherry, Governor Dr Kiran Bedi visited several areas affected by heavy rain on Saturday to take stock of the situation. Dr Bedi paid a visit to Rainbow Nagar, Krishna Nagar, Indira Gandhi Square and Natesan Nagar with her team.