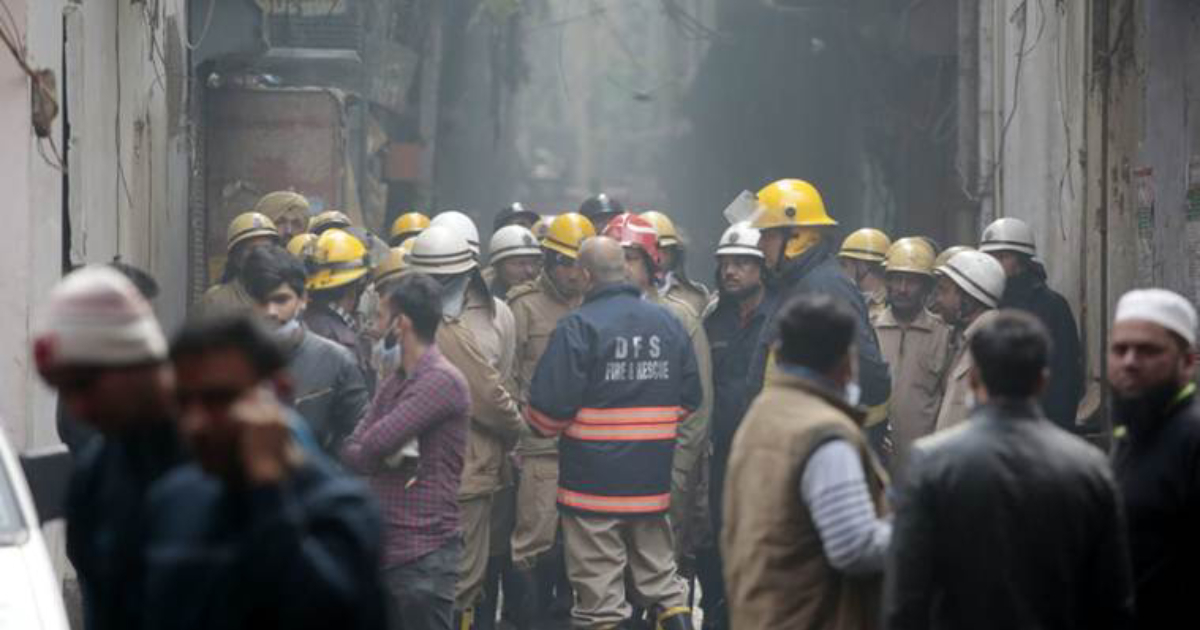 Photo: A fire broke out in Delhi’s Anaj Mandi on Sunday.


Forty-three people were killed in a massive fire that swept through a paper factory operating from a residential area at Anaj Mandi in Delhi’s Rani Jhansi road early on Sunday. At least 50 people have been rescued so far. The fire, which erupted due to a short-circuit, has been doused and rescue efforts are underway, according to Indian Express.

Prime Minister Narendra Modi tweeted, “The fire in Delhi’s Anaj Mandi on Rani Jhansi Road is extremely horrific. My thoughts are with those who lost their loved ones. Wishing the injured a quick recovery. Authorities are providing all possible assistance at the site of the tragedy.” Delhi Chief Minister Arvind Kejriwal said, “Very very tragic news. Rescue operations going on. Firemen doing their best. Injured are being taken to hospitals.”

The incident came to light when the fire department received a call at 5.22 am following which 30 fire tenders rushed to the spot. Several people trapped inside were rescued and rushed to RML Hospital and Hindu Rao Hospital.