Akshay Kumar applies for Indian passport, explains how he got Canadian citizenship 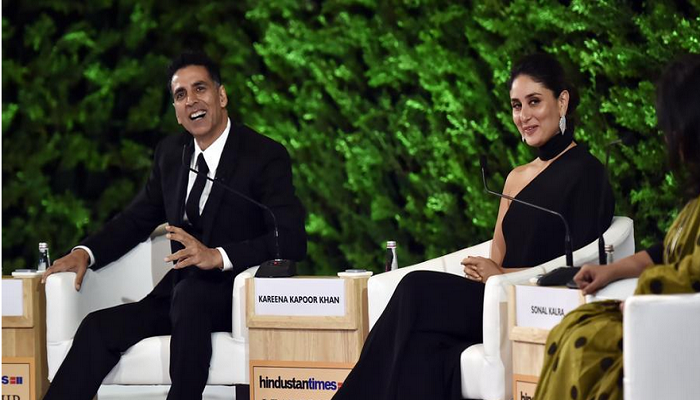 Actor Akshay Kumar confirmed that he has applied for an Indian passport while speaking at the 17th Hindustan Times Leadership Summit in New Delhi on Friday. The actor attended the summit with his Good Newwz co-star Kareena Kapoor Khan.
“I have now applied for the passport. I am an Indian and it hurts me that I am asked to prove that every time. My wife, my children are Indian. I pay my taxes here and my life is here,” Akshay said.

Responding to a question about him being targeted for his Canadian citizenship, the actor who is known for appearing in patriotic and socially relevant cinema, said, “There was a time when I had 14 flops in a row and I was wondering what to do. One of my closest friends who stays in Canada told me ‘come here and we will work together’. I started the process to get a Canadian passport because I felt my career was finished and I won’t get more work here. But my 15th film worked and I never looked back. I never thought of changing my passport.”Akshay and Kareena – who have appeared in films such as Aitraaz, Kambakkht Ishq, Tashan and Ajnabee—are collaborating again in Good Newwz. Directed by Raj Mehta, the comedy of errors also stars Diljit Dosanjh and Kiara Advani.

The film presents Akshay-Kareena and Kiara-Diljit as two couples who are trying to conceive via IVF treatment. However, their sperms and eggs get mixed up as they share the same surname. Produced by Dharma Productions and Cape of Good Films, the film releases on December 27.