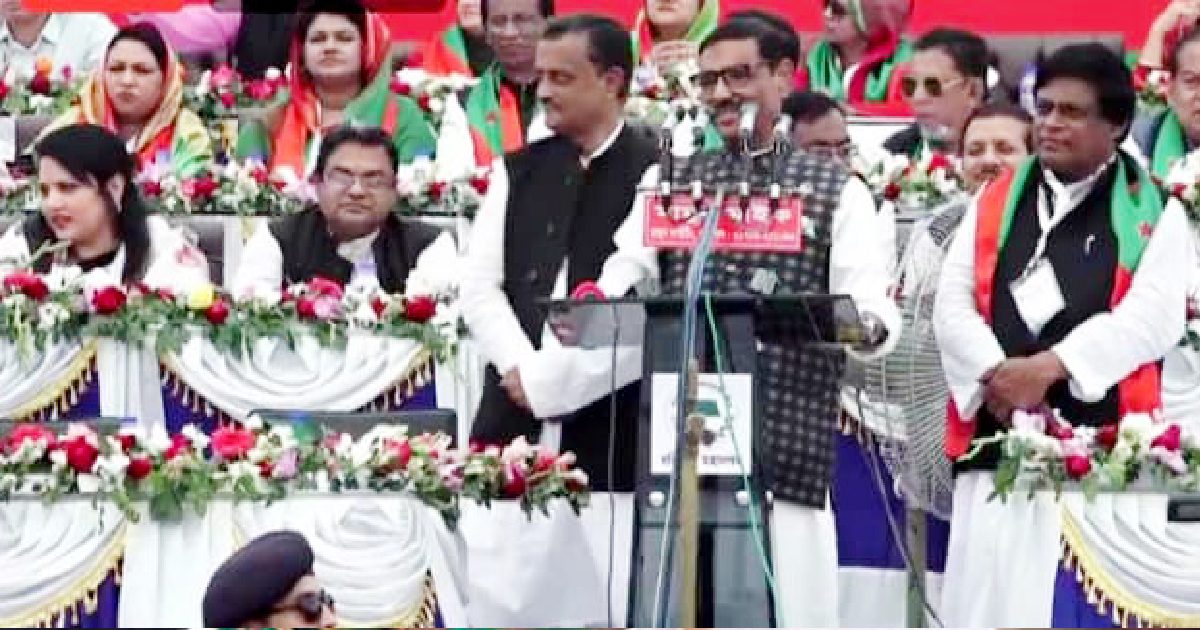 Awami League General Secretary Obaidul Quader on Sunday said BNP will face the same fate of Muslim League due to its leadership crisis.

“The leadership of BNP is now facing the existential crisis. They’ll have the same consequences as the Muslim League has,” he said.

Quader, also the Road Transport and Bridges Minister, came up with the remark while addressing the council of Barishal city unit Awami League at Bangabandhu Udyan.

He said though BNP Chairperson Khaleda Zia has been in jail for nearly two years, her party could not wage a movement for even two minutes. “They could only make complaints to foreigners.”

The minister said Awami League must survive as a strong political party to protect the country and ensure the welfare of its people. “We also must evaluate our dedicated leaders to protect Awami League. That’s why the government of Sheikh Hasina needs to be in power again and again.”

Stating that a plot is on to oust the government, he called upon the Awami League leaders and activists to get united to foil such evil efforts.

Quader warned that the opportunists in Awami League will eat up the party like white ants, and urged the party leaders and activists to make the purging operation carried out by Prime Minister Sheikh Hasina a success.

He said their party will evaluate the dedicated leaders who have sacrifices for the party. “Our party needs not to have extortionists, tender manipulators and opportunists and seasonal birds.”