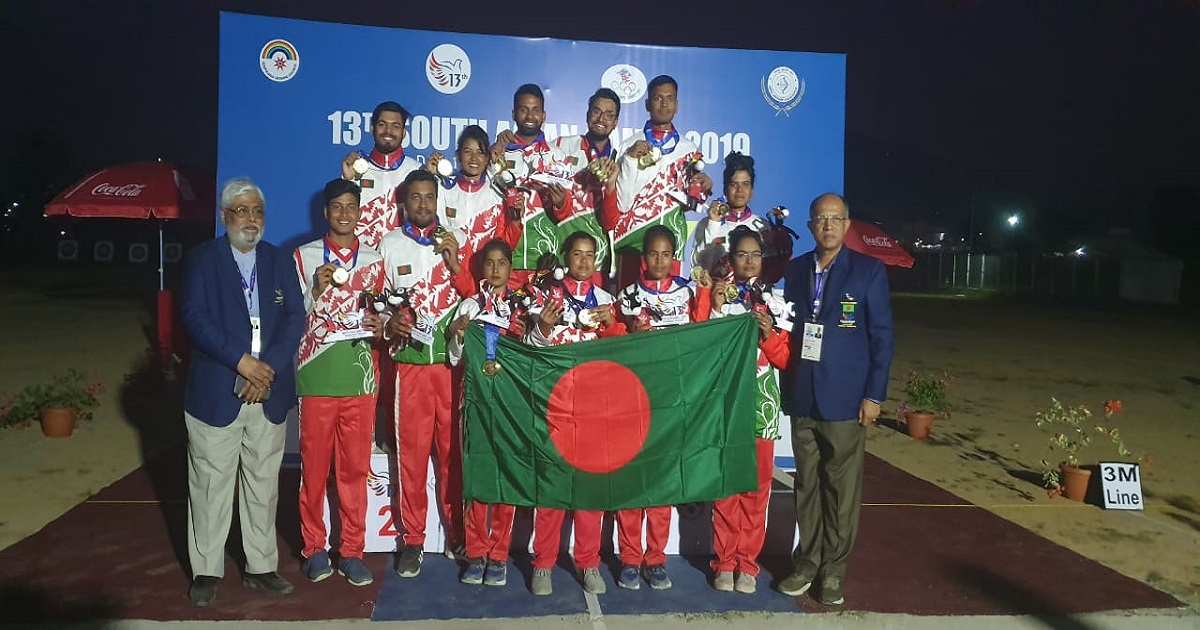 The Bangladeshi contingent at the ongoing 13th South Asian Games has already created history securing a record haul of gold medals for the country in an edition of the regional games held outside Bangladesh.

Bangladesh’s haul was buoyed by the country’s archers, who bagged all six gold medals up for grabs in the discipline on Sunday at Pokhara Stadium, Nepal, pushing the country’s total up to 14 in the current edition.

Previously, the most gold medals Bangladesh won in an edition of the SAG held outside Bangladesh was 7, in the Madras Games in 1995.

Overall, Bangladesh’s best performance at the SAG remains the 18 gold medals in 2010, when it was held in Dhaka.

Bangladeshi archers brought the glory for the country as they clinched all the six team gold medals—men’s recurve, women’s recurve, mixed recurve, compound men’s, compound women’s and compound mixed – up for grabs on Sunday.

The achievement was even more remarkable considering Bangladesh never won gold previously in the South Asian Games. Their previous best performance in the SA Games Archery was the three silver medals in Guwahati in 2016.

Apart from the day’s six gold medals in Archery, the Bangladesh women’s cricket team also clinched their first-ever gold medal in the history of the competition beating Sri Lanka.

Bangladesh also continued their success in the compound team events.

Earlier on Saturday, Bangladeshi athletes earned three more gold medals — two in weightlifting and one in fencing — on the 7th day of the 10-day seven-nation 13th Asian Games in Nepal.