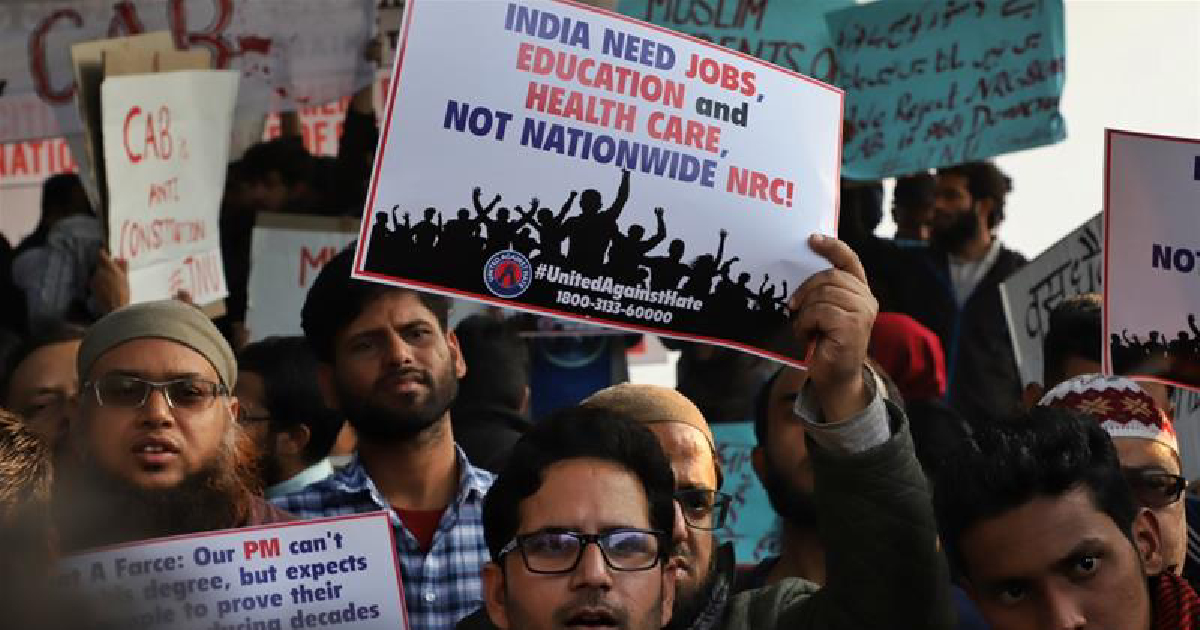 Indian lawmakers approved legislation granting citizenship to non-Muslims who migrated from Pakistan, Bangladesh and Afghanistan, even though critics said it undermines the country’s secular constitution.

The Citizenship Amendment Bill seeks to grant Indian nationality to Buddhists, Christians, Hindus, Jains, Parsis and Sikhs who fled the three countries because of religious persecution before 2015. It does not, however, extend to Rohingya Muslim refugees who fled persecution in Myanmar.

The upper house of Parliament passed the bill 125-105 on Wednesday night. The lower house had approved it on Monday. It now needs to be signed by the country’s ceremonial president, a formality before becoming law.

The bill was introduced by the Hindu nationalist-led government of Prime Minister Narendra Modi following his resounding election victory in May.

Modi said it was a “landmark day for India” and the law would “alleviate the suffering of many who faced persecution for years.”

But Indian newspaper opinion writers said it was yet another effort by the Modi administration to marginalize India’s 200 million Muslims.

Introducing the bill in the upper house, Home Minister Amit Shah said it was not anti-Muslim because it did not affect the existing path to citizenship available to all communities.

Several opposition lawmakers who debated the bill in Parliament said it would be challenged in court. “Today marks a dark day in the constitutional history of India,” said Sonia Gandhi of the main opposition Congress party. “The passage of the Citizenship Amendment Bill marks the victory of narrow-minded and bigoted forces over India’s pluralism.”

Protests erupted in India’s remote northeast in response to the bill. Its passage follows a contentious citizenship registry exercise in the border state of Assam intended to identify legal residents and weed out illegal immigrants. Shah has pledged to roll it out nationwide, promising to rid India of “infiltrators.”

Nearly 2 million people in Assam were excluded from the list, about half Hindus and the other half Muslims, who were since asked to prove their citizenship or else be rendered stateless. India is constructing a detention center for some of the tens of thousands the courts are expected to ultimately determine came to the country illegally.

The Citizenship Amendment Bill could provide protection and a fast track to naturalization for many of the Hindus left off Assam’s citizenship list.

Protesters say they oppose the legislation out of concern that migrants will move to the border region and dilute the culture and political sway of indigenous tribal people.

State police official Mukesh Aggarwal said a curfew was imposed in Gauhati, the state capital, and soldiers were standing by in case the violence escalated.

Street protests continued in Guahati, with young demonstrators making bonfires across the city. Police used tear gas and batons to disperse hundreds of protesters who tried to march to the office of the state’s top elected official.

PTI said the federal government was airlifting about 5,000 paramilitary soldiers to the region.

The U.S. Commission on International Religious Freedom criticized the bill as going against “India’s rich history of secular pluralism and the Indian Constitution,” and sought American sanctions against Home Minister Shah if the bill is approved.

“The bill provides expedited consideration for Indian citizenship to persecuted religious minorities already in India from certain contiguous countries. It seeks to address their current difficulties and meet their basic human rights,” Kumar said in a statement. “Such an initiative should be welcomed, not criticized by those who are genuinely committed to religious freedom.”