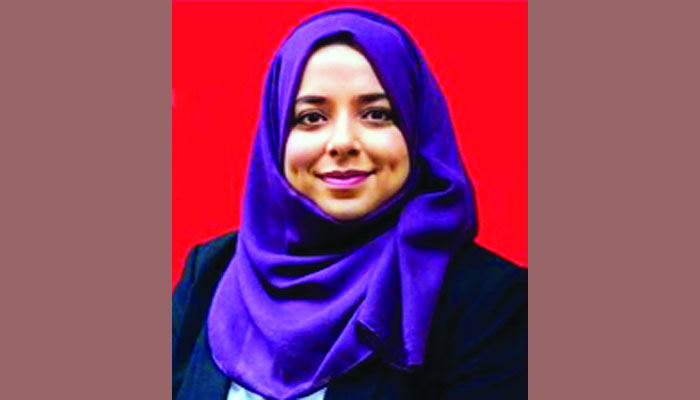 Bangladesh-origin Afsana Begum has been elected Member of Parliament (MP) in the UK general election 2019 for the first time from the Poplar and Limehouse constituency as a candidate of Labour Party.
Afsana Begum drew 38,660 votes while her nearest contestant Shaun Oak managed to get only 9,756 votes.

Tulip Siddiq, granddaughter of Bangabandhu Sheikh Mujibur Rahman, was handed 28,080 votes while her nearest Conservatives’ candidate Johnny Luc got just 13,892 votes. In 2015, Tulip Siddiq has made it to the House of Commons in the UK general election with Labour Party ticket.

Rupa Huq also made easy victory as she got 28,132 votes and her nearest competitor managed to bag 14,832 ballots. Rupa Huq, senior sociology lecturer, sealed her first victory in 2015.